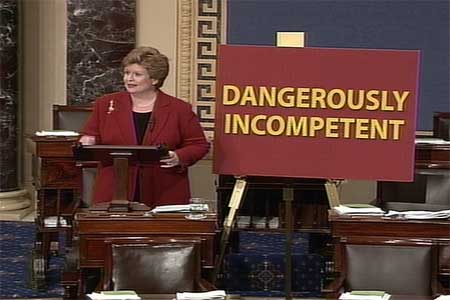 Steven Law, Crossroads GPS President and former Deputy Secretary of the U.S. Department of Labor, says “President Obama and Debbie Stabenow have failed Michigan with their unfocused economic plan that has not lowered unemployment despite burdening every man, woman, and child with $48,000 in government debt,” Continuing he notes  “Instead of more wasteful stimulus packages and bailouts, which have not fixed the economy, Obama and Stabenow should focus on real solutions to put the more than 456,000 Michiganders without jobs back to work.”