Over the years I have marveled at how the fast moving news network Fox News could have so many misspellings, wrong story and title mismatches, so imagine my major yawn when I found this picture.  (H/T  Right Scoop) 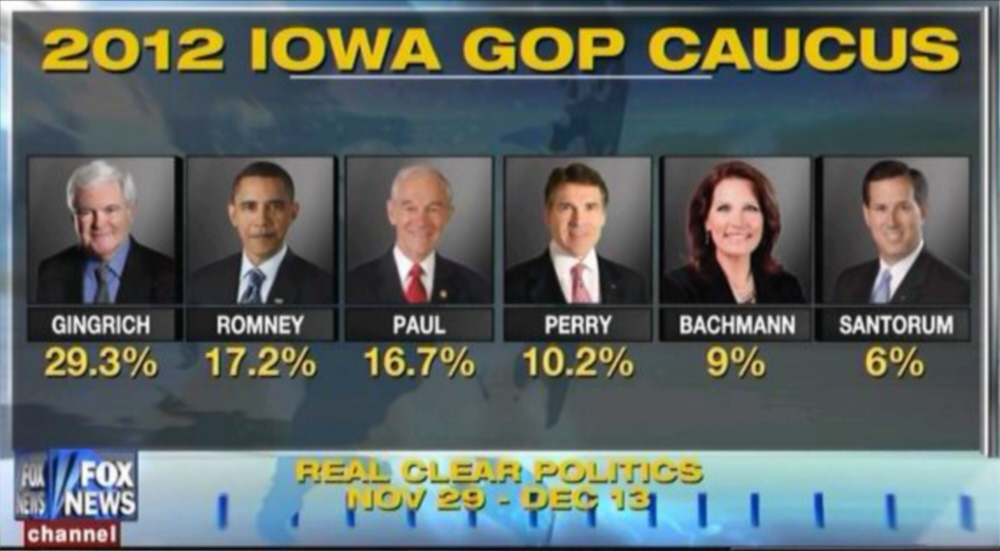 Of course, there is a certain amount of hilarity that I’ll bet the Romney campaign did not appreciate. Especially given that he is only holding 17.2%.  Obama staffers are undoubtedly incensed as well, as they fully expect him to garner 21% of the vote in 2012.

Fox apologized, with Megyn Kelly explaining the mistake.  Of course Romney is not Obama.  Try as he might, it takes a Chicago land machination and about a dozen missing years for THAT to happen.

Curiously, another network had a similar issue with the polling results.  Frylock, Meatwad, and Shake could not be reached for comment. 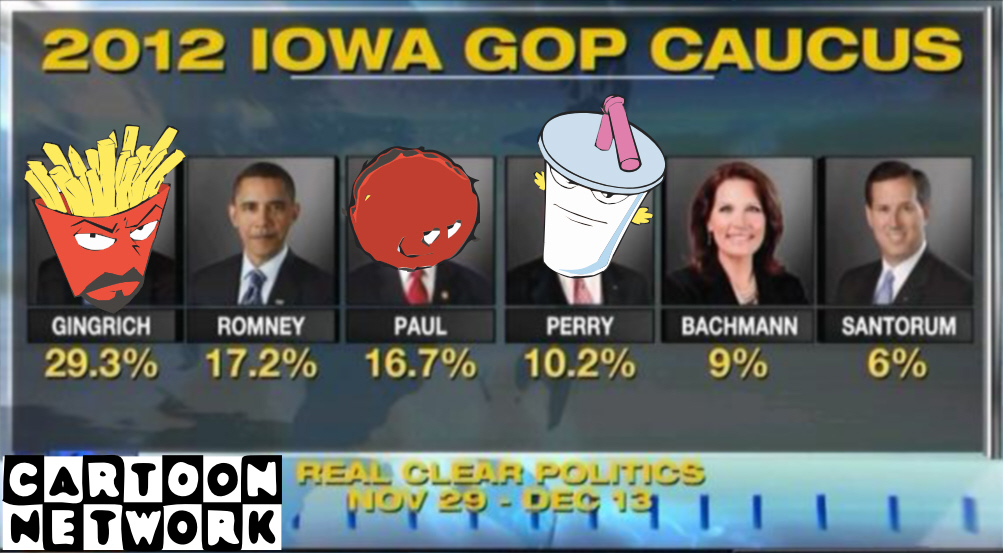