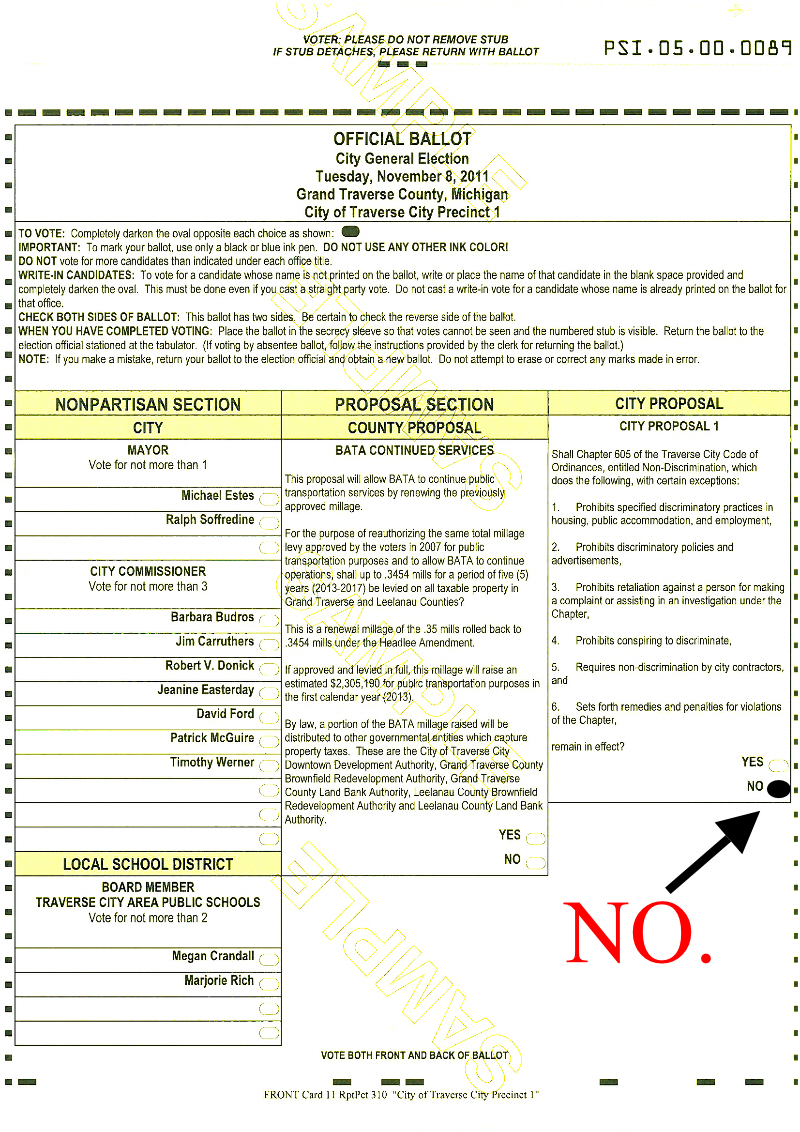 Tonight, I spoke on the Traverse City proposal 1 during public comment.

“Early this year, and during an orientation, I asked the director of the health department if the incidence of aids is still higher in the homosexual community than in the general population.

He said Yes it is.

This spawned a 5 minute discussion in which I offered my own opinion on homosexuality, and related a personal story of when I was a child.

In the month or so that followed, this confidential conferencing became not only news, but grew into a desire to remove me from my job.

For having an opinion about which even the Record Eagle calls a “lifestyle choice” as recently as a week ago when it endorsed Traverse City Proposition 1.

For simply speaking my mind in a private conversation, that same paper identified me as a bigot, was joined by a few activists, and had back up with the concurring opinion of a fellow commissioner and his wife as well.

Those folks on this board and in our community who have families and businesses should be chilled to the bone considering what happens when such censorship and thought control efforts are buttressed by actual legislation.

What happens when the vocal and printed objection to what any of us might say or feel is enforceable through the hammer of government?

We lose our ability to speak out.  We risk surprise lawsuits or ordinance enforcement if someone has a beef either related or unrelated to discrimination.

It becomes a tool of those who would mute dissent.

I pray Traverse City Voters decide to vote no on this ordinance.  It is destructive, divisive, and reveals ever more so, the ugly face of political correctness.”

Bad news for Traverse City if this remains.