Probably the only times you will see it used is with regard to the climate change debate.

Anthropogenic means “born of man” and has Greek origins, and its most common use is within the scientific community as a label defining either natural occurrences or those caused by human influences.

AGW, or anthropogenic global warming, is the term used to justify a great number of initiatives by governments to control output of carbon dioxide (CO2) by limiting energy production, urban sprawl, population growth, and soon enough, the miles you will be allowed to drive your car.

Perhaps even if you can still own one. 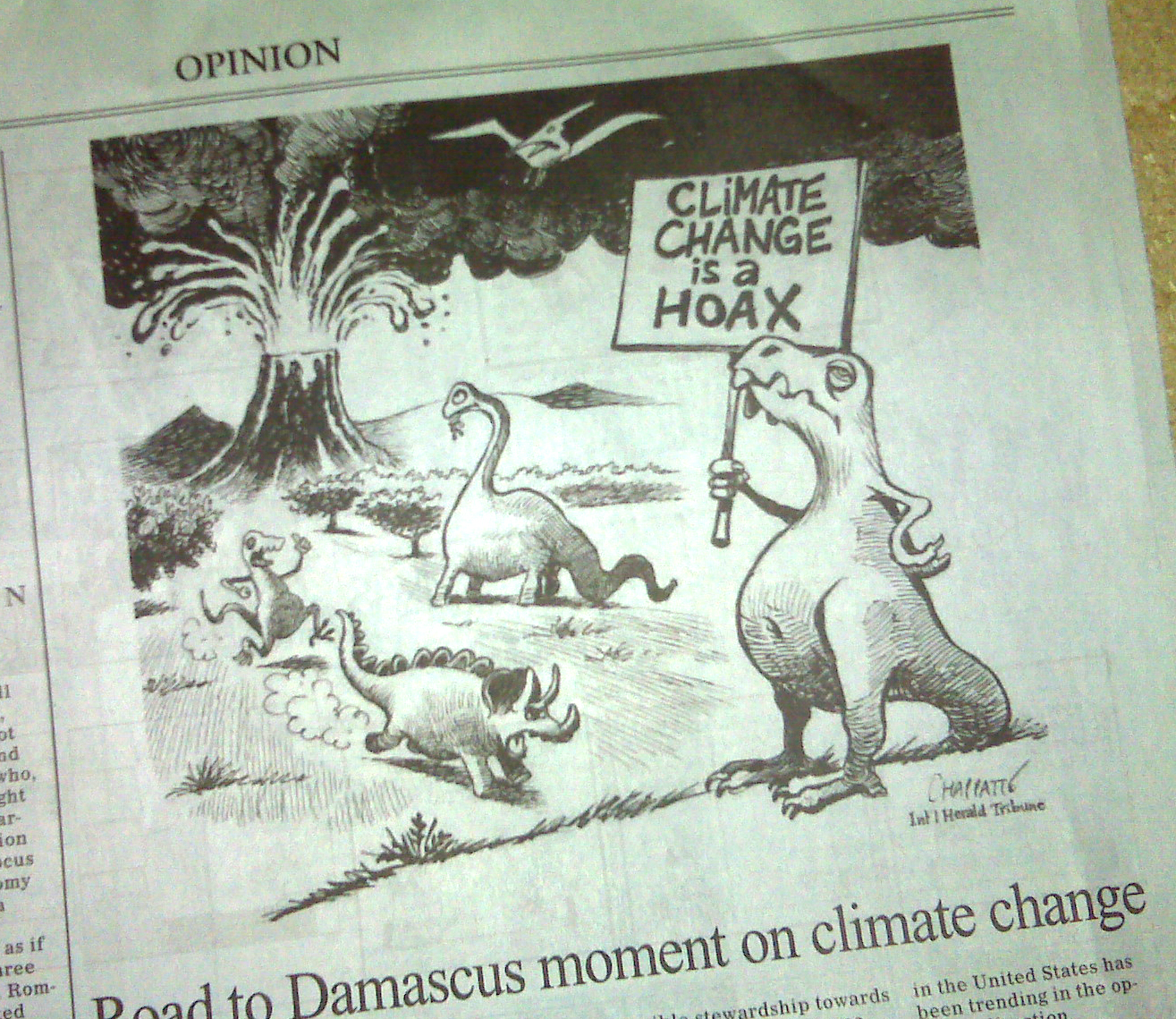 The cartoon picture to the right (click on it for a larger view) was used in an article regarding a “conservative’s” conversion to believing in anthropogenic global warming (AGW) in today’s fish wrap of record.  The cartoon, as most in the Record Eagle, presumes to lay upon those who disagree, a stigma of ignoring the “evidence” provided by scientists and scholars (who must present such evidence, or stop receiving public monies) about this man made “crisis.”

The irony should not be lost that the writer would use dinosaurs to capture his man made global warming thesis, as those ignoring the signs of AGW.  How fitting that one who must be so confused as to believe in AGW, and ignores the rest of historical planetary temperature data might also mix up the presumed natural events which extinguished the prehistoric critters, with our own activities a gazillion years later.

Unless the dinosaurs had a vast industrial complex, were farming heavily to feed the dino-society, and consuming quantities of fossil fuels in a way that we are not yet aware, it should elicit a chuckle for the toon itself, and then a sigh of sympathy for that writer’s re-conditioned belief set.