Did we install thuggery in our executive branch in 2009? Worse.

Michelle Malkin points out some of the duplicity coming out of the White House including an executive order to force disclosure of campaign contributors to conservative causes begin, while creating the exemptions for labor organizations and other lefty causes.

And we’re seeing it again this month as the Obama White House readies an executive order that would force federal contractors to disclose all political donations to candidates and independent groups in excess of $5,000 made not just by a corporate entity, but by all of its individual executives, directors and officers.

Read the entire piece with links. Folks who donate to conservative efforts will likely be targets of vandalism and thuggery by the left. Its how they roll.

Sadly this is apparently not an isolated attempt to force a balance by the Obama white house.  And its not isolated to the president himself, but rather the progressive left organizations that long ago forgot what it means to be an American.  Destruction of products  by labor elements, threatening letters to business owners, and attempted stifling of free speech by leftists with calls of racism round out the agenda of failure by those who have taken over the Democrat party in recent years. 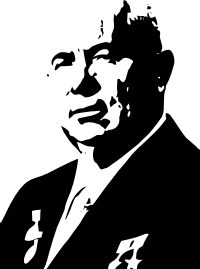 Khrushchev would be proud of his tools in the progressive movement. So very proud. At least according to a quote attributed to him from about 1959.

“We can’t expect the American People to jump from Capitalism to Communism, but we can assist their elected leaders in giving them small doses of Socialism, until they awaken one day to find that they have Communism”

Socialism Smocialism.  we are SOO beyond that passive ideal.  Though some insist he never said it, that it was not Khrushchev, it is still bad enough the end result has apparently snuck up on us.

Now the NLRB, the Marxist enforcement tool that has survived  many administrations would dare to tell Boeing it cannot manufacture in SC, because it is a Right to Work state? That’s right.

Go ahead progressives.  Explain that part of the plan for the  American dream.

And remember to smile when you do it.

← Criminal Intent?
The Message Has Been Delivered. →