And I am not talking about the election, though it too turned out very good for the future of Michigan.

There was a very real possibility of paying even higher taxes these last two years.

We talk here about the problems Lansing has, and the nature of politics, special interest etc.., It seems we are not always too satisfied with the direction our leadership in the state’s capitol and the outcomes produced with regard to budgeting. What many don’t realize, is the efforts by the tea party folks had an immediate effect on our state’s legislative bodies. When the first 300 folks showed up on a cold February day for the first Lansing tea party in 2009, it did NOT go unnoticed, according to Senate Majority leader Mike Bishop.

Bishop says “it made a difference right away,” when asked after his presentation during a Traverse City visit about how long it took for legislators to start taking the rallies on the steps of the capitol seriously. He continued, talking about how it gave strength to many lawmakers to hold the line. “..they knew they had support.”

They had some serious support.

To be sure, the implication was that if not for the Tea Parties, the Granholm agenda may well have been more fully implemented. Simply knowing the sentiment of the public, was not all that common media has presented all along, was heartening to those who must make decisions based on a combination of their conscience and what their constituents feel is best. Somehow as time has gone on, many lawmakers forsake their conscience it seems, OR are convinced by a variety of sources to operate contrary to what’s right, while still thinking they are doing the people’s work.

Yet Washington’s need to control the states through a manipulation of pork, and ‘incentives’ (many call those incentives MANDATES) that shackle those states to a particular form of operation, becomes an obstacle to the most necessary attempts at budget control. Michigan, like many states finds itself the victim of the federal government playing ‘pusher’, and its drug being peddled, is cash favors to expand activities that employ particular constituencies. Namely, the unions or rent seeking corporate interests.

YES.. the hooks into the state’s lawmakers by the federal government is bad. According to Bishop, possibly over 40% of Michigan’s budget is out of the hands of Michigan legislators. A significant percentage of the state’s 40 plus billion dollar expense is untouchable, due to mandates, matching grants and a type of political blackmail the federal government uses to keep states in check and towing the line.

With a projected Michigan budget shortfall of $1,600,000,000.00 next year, this presents a bit of a problem. How can we back away from the ‘benefit’ of federal funding that has a net gain in revenue for the state? Particularly, if those who are recipients of the federal ‘generosity’ also fight for their daily bread through lobbying efforts that make one think of cornered, and vicious animals. Another question is, will the newly elected legislators find the courage to face down those forces that will defend tooth and nail, their meal ticket, that makes up so large a part of that remaining 60%

Courage can be fleeting, if you feel you are all alone.

Bishop rightly implied the importance of the Tea Party activity at the capitol as something that was not only contrarian in its methodology, but also supportive in its stand to limit unnecessary spending and meet the demands for accountability. The complaints of the those attending the rallies, were pretty much a disagreement with those who have been pushing hard for bad law to meet their specific needs. They lent their voices to our lawmakers. Our voices.

The cavalry had finally arrived.  (in the form of Tea Partiers) 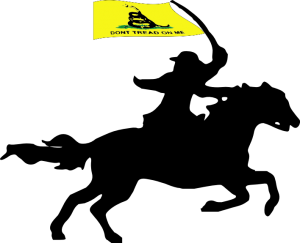 And so even with the troubling numbers that Lansing was seeing, they (the legislature)  held off higher taxes, and other significant burdens for two years. From 2009, the governor was not able to control the Michigan Senate with its strong leadership and the newly energized electorate watching its back.

But there is more to do. And it will involve cuts, rearranging, renegotiating, and realignment.. There will be bigger battles for resources, and survival of institutions. Fear will motivate those who thrive off of inefficient government, and they will not give in easily.

So the Tea Party forces will have to be heard again, and perhaps even louder now. Not because more opposing viewpoints have won the day, but because those who are our allies have. They will need us, and our voices, our strength.. Our will.

Its now about giving THEM the tools to do what’s right.