As you all may be aware by now, there was an awards ceremony for the Sam Adams Alliance in Chicago, and I was the recipient of the Watchdog Award.  My efforts helped to keep integrity in the voting process, but there are quite a few out there who do so daily.

The awards went to a number of truly active individuals who have really made a difference in the political landscape and have protected the freedoms we enjoy through the pen.  Warning of danger and advancing policy that keeps the power in the hands of the people.  To even be considered was truly an honor.  To be around these folks is especially invigorating and inspiring.

Modern Day Sam Adams – Prize: $20,000 – Like the original Samuel Adams, this strategist sparked a revolution, redrawing the lines of the political landscape. The Strategist united people behind a vision that successfully acted as both change agent and connector.

Winner of the Modern Day Sam Adams award will be chosen from among the finalists and will be announced April 8 at the award show.

An agent of change indeed, the winner of this award, Tim Eyman, of Mukilteo, Washington, campaigned for and passed an initiative that requires a 2/3rds legislative majority to pass tax increases, and a majority vote to increase fees in Washington State.

It doesn’t take much of a genius to figure how this can help stakeholder taxpayers when the chips are down.  Tim should be especially proud when watching the last few seconds (time 1:40) of this video:

When Tim did not win in his category of “Reformer”, I had a pretty good idea that he would be the Modern Day Sam Adams winner.

It was not disappointing at all.

And I am not talking about the election, though it too turned out very good for the future of Michigan. ~ Reposted from RightMichigan.com ~ There was a very real possibility of paying even higher taxes these last two years.…

END_OF_DOCUMENT_TOKEN_TO_BE_REPLACED 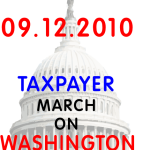 Freedomworks is sponsoring another Tea Party Rally in Washington DC on September 12, 2010. The expectations are that this will be as large as the last one in 2009. Some folks have had to make the decision to choose the…

END_OF_DOCUMENT_TOKEN_TO_BE_REPLACED 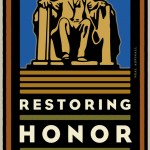 Bus Reserved, Hotel Set.. Current Itinerary: Leave TC Friday August 27, 2010 approx 7am We may have a couple of pick ups in GR and Lansing, but will likely not be doing any other pickup locations. Arrival in MD approx…

END_OF_DOCUMENT_TOKEN_TO_BE_REPLACED

Senators Carl Levin and Debbie Stabenow may be doing that..  They should be. New Jersey is one of the eighteen states that have specific provisions within their constitutions that allow for the recall of their respective US Senators. Article I…

END_OF_DOCUMENT_TOKEN_TO_BE_REPLACED

Bus nearly half full without trying.. Tea Party travel time. Some estimates on the expected numbers of participants 500,000 to 1,000,000 Attendees. Seriously, if we get enough interest, perhaps a 2nd? Current Itinerary: Leave TC Early Sept 11, 2009 with…