Progressives, in an attempt to destroy Christianity, and promote their version of secular humanism and advancement of perverse lifestyles often resort to name calling.

Words such as Bigot, Homophobe, Hate monger, etc, fly easily from those who are the advance guard of culture destroyers. They consider the traditions that have supported civilization for centuries to be of no use any longer, and resorted  ostracism and labels to ‘shame’ dissenters who refuse their new normalcy.

Their Ammunition of choice? 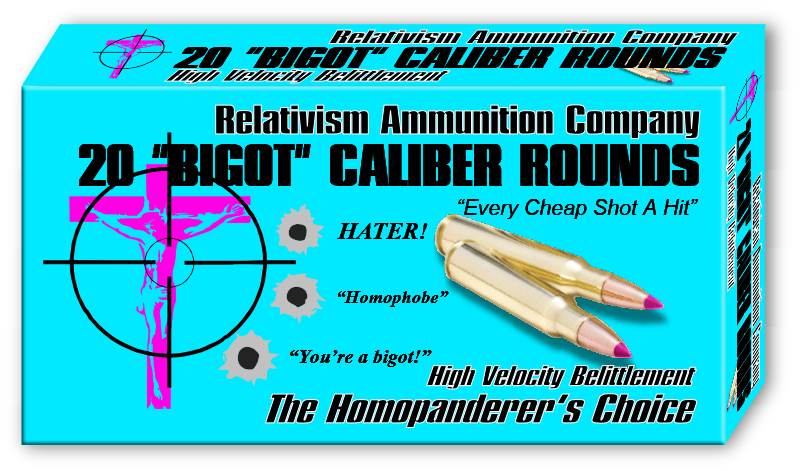