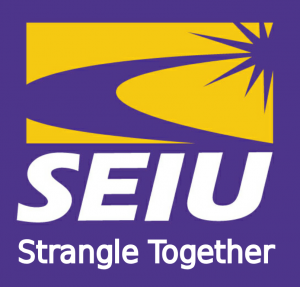 The SEIU working in concert to abridge employee rights?

What happens when you have a problem to resolve with your employer, AND the union which represents you?  You lose any opportunity to fight for your job, your own interests have already been sold out collectively, and a paid advocate, one that took your earnings becomes your mortal enemy.

Roughly 30 days prior to the election, Zahdeh’s employment at the facility was terminated. He told Capitol Confidential that he is appealing the termination and believes Healthcare Michigan pursued the termination as retribution for his activist efforts to switch unions.

“SEIU was trying to negotiate my job away in late November,” Zahdeh said. “I was terminated on Dec. 2. I’ve filed a grievance over the termination, but the union seems to be dragging its feet on it.”

This is only one more excellent reason for this state to pursue Freedom To Work legislation.  Unaccountable unions are FAR worse than a bad boss.  They are much harder to run from if they control in a monopolistic way the business which buys your bread.  The immoral set up of the NLRB is a scourge on the honest paycheck.

Having both ends of the lifeline held by those who don’t care if you go under is the best reason to at least keep one end firmly in your own hands with an anchor of your skills on the other.