So far historical records do not seems to be as corrupted as the administration and our society. 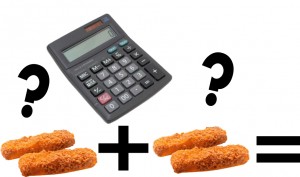 I pondered the spin being used to make this economy appear to be turning around.  Obviously it would be a good thing, yet I return to the thesis and ask that without Obama, can you imagine how CRAZY good it would be?

Since the lefties cannot get over GWB, lets take a look at his record according to the numbers as seen on TV.. umm wait no, TV is ignoring these numbers.  OK, as seen with the government’s own statistics.

The estimate in 2001 for all occupations  including government, legislators bus drivers yada yada: 127,980,410 persons in the workforce.  Not too bad. Clinton along with a reasonably conservative Republican  legislature left GW with a pretty fair economy, and GW even with an attack on US soil and effective shutdown of our economy for a few days in late 2001, carried that employment figure even higher.  I won’t even make the obvious association and timetable for disaster headed up by speakeasy Pelosi and herr Reid. Suffice it to say GWB did his job to the end, and only as a parting shot acted like a corrupt Democrat.

In 2008 the jobs figure had grown to 135,185,230 employed 2008 in the workforce. Even a solar powered desktop calculator can figure what the differences are between those two numbers.  Seriously, break out your solar powered calculator.   If you don’t have one, use fish sticks.

And keep them out.

Now in all fairness the Obama administration needs to get credit for the 1.2 million jobs it says have been created, (in the last year?) so when the 2011 estimates come out we can all celebrate.  Although that MUST include a million or so added in different agencies of government, and of course the 103 Czar positions.

Maybe a couple more in the Dept of Labor counting section would be good, so we can get on top of this now to deliver those accolades.