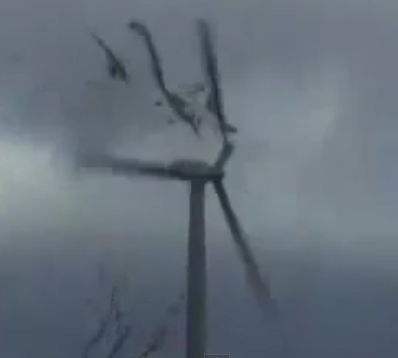 I don’t have much of a problem with windmills, and less of a problem with folks who wish to utilize their own funds to finance such expensive ways of generating electricity.  However, as an exposed element facing some of the worst weather possible out on the great lakes, these mechanical behemoths carry additional risks environmentalists refuse to acknowledge.

It seems puzzling that environmental groups that habitually oppose any activity or development that poses even the most remote threat to the Great Lakes would support the placement of huge oil-containing mechanical devices in those lakes. Wind turbines pose a clear and present danger to polluting the Great Lakes, especially considering the ice conditions present during the winter months.

The support of wind turbines in the Great Lakes by environmental groups indicates they are far less concerned about clean water then they are about environmental ideology. It appears that carbon-based energy has become anathema to the environmental movement to the extent they are willing to sacrifice the protection of Michigan’s greatest natural resource.

As usual, from the direction of those activists, we expect the sounds of crickets to drown out those of the turbine blades they would like to see spin.