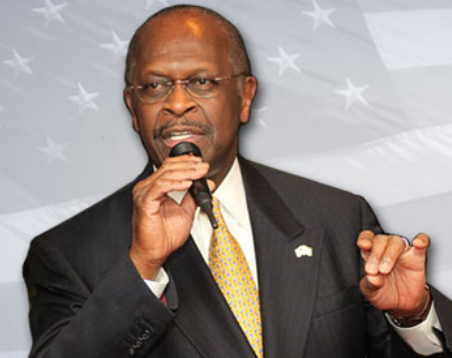 Much is being made over the apparent switch from for to against, with regard to abortion.  Pundits either neutral, or against the candidacy of Herman Cain are picking away at whatever mistakes they can find.  Be it the 9-9-9 plan or this particular issue of the day being his apparent wavering on the abortion debate.  A Traverse City, MI friend writes:

“I haven’t been following Cain as well as some of you so I’m forwarding this to get your take on the article and the comments about his true position on those issues.   If might be good if one of you that have been strong supporters from the get go would maybe comment on this …Seeking clarity,  xxxx xxxxx”

I support Cain now as much as I have since early on.  I don’t think apparent waffling has anything to do with trying to be on the popular side of the issue either.  It was the non politically correct attitude which drew me to the Herman Cain Camp in the first place.  It was the ability to face down what is WRONG with the system, with little regard on how many people might not like their cheese moved that elevated my respect for the man. So I responded (below)

xxxx,
For clarity, consider the choices available.  Do any of them align perfectly with your views?  If so, that is your choice.

Cain, for all his lack of political skills, is human.  He makes mistakes.  Mistakes that are amplified by his current leadership in the polls.  If Rick Santorum was ahead, Herman Cain’s remarks would go unnoticed.  What does this say about the gaffs being made by the others?

It says we aren’t seeing them.

The bottom line that we all should understand is that we aren’t selecting candidates for Jesus Christ.

We are electing a president who represents all that is good and bad about us.  Whomever we choose, it won’t be an unsoiled soul.

The tax plan is a plan, but it is meaningless for purposes of our criticism.  It represents a starting point for discussion of our failed system as it is.   At least that is something.  Critics can make hay, but they should then be required to suggest their alternatives.  Sans any, their opinions mean little.

Abortion on the other hand is a far more delicate affair.  It involves that which has been extended as a gift from God.  There are a great many who (including myself at one point in life) have considered rape and incest to be acceptable reasons.  At least until the process of thinking through the “life begins at conception” idea.  Gotcha moments through media are simply tools of the trade.  They also catch the ‘learned’ responses our society has provided.

But epiphany is a marvelous tool.

Cain caught it, and though he may not be sure how to break out of it completely, it reveals how even a good man can be soiled yet pull himself away from the current acceptable standards under which such things are protected across ideologies.  He is imperfect.

We should get used to it.