For this writer, it doesn’t take much to elicit an opinion or engage in an argument of policy. Part of the overall process of the argument is the knowing of whether one has the tools of proof, or something to back up the opinion held.

I hold a lot of opinion.

The validation of what we had considered early in the new political ‘tea party’ was indeed a motivating factor in finding the truth. It was a nearly unanimous thought among political watchers that the effort MUST be the efforts by Democrats who knew they were about to have their clocks cleaned politically. The signature campaign identified early by Chetly Zarko as being run by Progressive Campaigns Inc gave even more weight to the theory, and the ultimate release of the candidate slate provided my own investigation with the necessary smoking gun.

There were likely 100 people working on this as it developed. Our consideration of what was really the truth, motivated, and guided investigators and tea party types across the state. The stealth efforts of the Michigan Democrat party needed to be exposed by making the connections to the candidates. The race to discovery was on when the slate emerged, and I was lucky enough to cross the finish line first with the connection to THOSE GUYS who had such disregard for integrity, that they would have to defraud Michigan for political advantage. 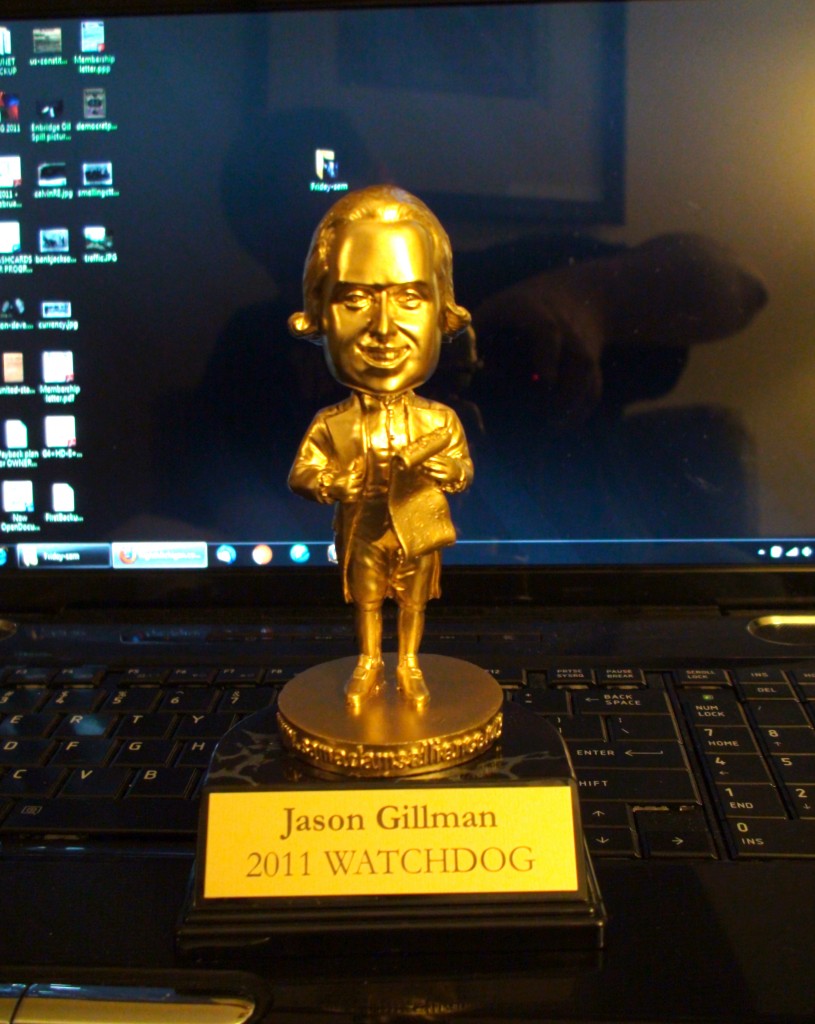 Our effort, paid off, and my own resulted last night in an honor I had only dreamed of.

Now I am really motivated.