Net neutrality, fairness, forced conditions etc.. Bad.  Now imagine TSA like pat downs of the content on your websites in the name of  state security.  A  little abstract?

It seems we might be getting set up.  Not just us, but the predictable critters we send to represent us in the congress.  Those good and honorable folks who sometimes seem all too easily herded into doing things that they try to justify after the fact, or simply claim we should see the value in.  Us little people who cannot figure out human nature..

I smell a rat.  It seemed all too convenient, that Julian Assange reveals state secrets, yet nothing is completely destructive to our relations abroad.  the worst of those 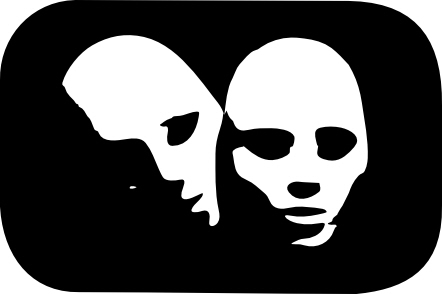 actually putting a pall on the activities of Hillary Clinton’s operation as SoS.  I also saw an air of coincidence with the fact our intelligence shuts down terrorist recruiting sites often, even while seeing them pop up elsewhere almost immediately.

So why would wikileaks not see its doors closed IMMEDIATELY upon the first hint there was trouble?  Further, after the NY Times held off on publishing the climate-gate emails because they were ‘stolen,’ they now eagerly disseminate state secrets without pause… And its THEIR guy running the show in Washington.

Though I am not so sure the outed Bradley Manning is aware [of the possibility] of his being used a tool, it seems there might be at least a possibility darker forces are at play.  This seems to be a set up. Someone else thinks so too:

First, let’s be clear, the 250,000 pages of cables amounted to some geopolitical Jerry Springer he-said-she-said nonsense to make countries look petty and stupid. They revealed nothing new that wasn’t already known or well suspected. The information simply stoked existing flames by airing geopolitical dirty laundry, nothing more — no secret weapons, no major arms deals, no tactical locations of troops, and no revealing the ID of secret agents, etc.

Nothing too sensitive.. check.

Manning’s lady gaga story would hardly account for the time it would take to sort out such vital information during the download.  In fact surprising it would not be.. to find out he had NO IDEA of what he downloaded.  Confusion about his sexual identity, adding to the fact he would have thought he was performing an act of subversion or betrayal to his country, might well have kept his mind busy already.

Assange might well be a tool as well.  He may think he is a hero for the freedom of information folks.  In some ways, it really isn’t hard to find oneself in that trap perhaps, but for our purposes, he must be considered an enemy of the United States and considered a purveyor of espionage.

The problem is how we will deal with this type of threat.   This administration has been more than willing to accept a hit to move its agenda forward previously.  The duplicity exhibited to drive an acceptance of our liberties being confiscated is being shown through the TSA measures, Health care mandates, Fat food limits, and rhetoric from the homeland security department that suggests tea party folks are extremist.   WE ARE THE ENEMY TO OURSELVES.

The way this wikileaks fiasco has been playing out, should cause more than a little concern for those who would wish to have the continued ability to speak freely on the internet..