Daniel Penning of Wright Penning & Beamer Attorneys, has published some facts on how the upcoming tax changes affect us.  This arrived as an informative email newsletter, and I thought it was worth sharing.  As it is neither partisan or overtly biased, I have been granted permission to reprint in this article in its entirety: (artwork NOT from the original article)

Virtually any newscast or newspaper continues to talk about the “tax increases” that will become effective January 1, 2011. While the general concept is widely reported there seems to be little attention being given to the specific taxes that will increase if no action is taken by the lame duck congress by the end of the year. The following information is not being offered as any political objection or endorsement but rather just factual information that I wanted to share with everyone for the express purpose of understanding the increases and encouraging everyone to consult with their tax consultants and legal counsel to determine whether any planning before the end of the year makes sense for you.

Please note the following three phases of taxes will roll out

In 2001 and 2003, the GOP Congress enacted several tax cuts for investors, small business owners, and families. These will all expire on January 1, 2011:

Personal income tax rates will rise.
The top income tax rate will rise from 35 to 39.6 percent (this is also the rate at which two-thirds of small business profits are taxed). The lowest rate will rise from 10 to 15 percent. All the rates in between will also rise. Itemized deductions and personal exemptions will again phase out, which has the same mathematical effect as higher marginal tax rates.

The full list of marginal rate hikes is below:

The return of the Death Tax. 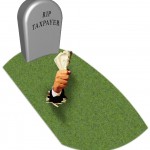 This year, there is no death tax. For those dying on or after January 1, 2011, there is a 55 percent top death tax rate on estates over $1 million. A person leaving behind two homes and a retirement account could easily pass along a death tax bill to their loved ones.

There are over twenty new or higher taxes in the new healthcare law. Several will first go into effect on January 1, 2011. They include:

The Tanning Tax.
This went into effect on July 1st of this year. It imposes a new, 10% excise tax on getting a tan at a tanning salon. There is no exemption for tanners making less than $250,000 per year.

The HSA Withdrawal Tax Hike.
This provision increases the additional tax on non-medical early withdrawals from an HSA from 10 to 20 percent, disadvantaging them relative to IRAs and other tax-advantaged accounts, which remain at 10 percent. 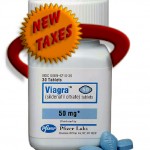 Starting next year, there will be a multi-billion dollar tax imposed on name-brand drug manufacturers. This tax, like all excise taxes, will raise the price of medicine, hurting everyone.

Economic Substance Doctrine.
The IRS is now empowered to disallow perfectly-legal tax deductions and maneuvers merely because it judges that the deduction or action lacks “economic substance.” This is obviously an arbitrary empowerment of IRS agents.

When Americans prepare to file their tax returns in January of 2011, they’ll learn the AMT won’t be held harmless, and many tax relief provisions will have expired.

The major items include:

The AMT will ensnare over 28 million families, up from 4 million last year.
According to the left-leaning Tax Policy Center, Congress’ failure to index the AMT will lead to an explosion of AMT taxpaying families – rising from 4 million last year to 28.5 million. These families will have to calculate their tax burdens twice, and pay taxes at the higher level. The AMT was created in 1969 to ensnare a handful of taxpayers.

Homeowner Paperwork Tax Burden.
President Obama recently signed a small business bill which has several tax hikes and tax breaks. One of the tax hikes requires the 10 million homeowners who rent out second homes and vacation homes to issue burdensome “1099-MISC” forms to everyone with whom they do more than a small amount of business. This will result in millions of wasted hours filling out paperwork and being chased by the IRS. 90% of people who rent out homes make less than $200,000 per year.

Taxes will be raised on all types of businesses.
There are literally scores of tax hikes on businesses that will take place. The biggest is the loss of the “research and experimentation tax credit,” but there are many, many others. Combining high marginal tax rates with the loss of this tax relief will cost jobs.

Tax Benefits for Education and Teaching Reduced.
The deduction for tuition and fees will not be available. Tax credits for education will be limited. Teachers will no longer be able to deduct classroom expenses. Coverdell Education Savings Accounts will be cut. Employer-provided educational assistance is curtailed. The student loan interest deduction will be disallowed for hundreds of thousands of families.

Charitable Contributions from IRAs no longer allowed.
Until this year, a retired person with an IRA could contribute up to $100,000 per year directly to a charity from their IRA. This contribution also counts toward an annual “required minimum distribution.” This ability will no longer be there.

Please feel free to pass this information along. Everyone needs to understand that the increase in taxes will affect many of us.