What is a near perfect form of conservatism…  Perhaps the near perfect form, is being whatever is closest to the particular mindset of the person judging it.   We are all just a little different in how we view our conservative roots, and social responsibility.

One of the really COOL things I have witnessed at the Tea Parties, is the diversity of thought and reasons for attending. To be sure there is an element of concern about an over reaching government, but if you watch the signs carried, you will see a broad array of what it is that motivates the participation.  Some folks have a better idea of how the health care issue should be handled, some have an inexorable fixation on the debt, and others simply think the federal government is violating the constitution as well as the  bill of rights daily.  And they/we are ALL right!

Indeed, most of us have little problem with the others and their “pet peeves” as the disagreements in their aggregate constitute a very real strength of message.  In fact many friends are made, and knowledge of issues being expanded as a result of the multitudes of expression.  Its a GOOD result.  With so much going on, we must marshal our resources and ingenuity to ward off those bad things which we understand, and sometimes offer a little support to those efforts made by others fighting the enemy we do not know so well.

In the end, there is so much similar between folks who attend such rallies, and fight in the name of freedom, that trust in the efforts of those who are not on YOUR single issue bandwagon, but are still willing to stand against a tyranny they have targeted,  is not-so-bad a way to go.  Strength in numbers.. and yes, one could call it a necessary solidarity.

Jack McHugh of the Mackinac Center was one of the featured speakers at the Tea Party convention in 2009 in Howell Michigan.  One of the things I recall him saying, was that we need to accept that there are a number of differing ways in which people will approach their political activism.  If I am quoting him correctly, It seems he said “Let the ideas of a thousand groups bloom” or something like that.  His point as I interpret, was that instead of worrying about whether we have a singular voice with all supporters on the same page, perhaps we should allow the individual efforts in their own way to affect, and chip away at that which is quite obviously wrong.

In other words if we wait around till we all agree on all issues, we will likely see no progress in beating back what is wrong. (and what we have as a commonly recognized problem.. over reaching government.)  We get nowhere.

But there are some who cannot accept the fact there are other efforts beside their own.  Whatever it might be, pride, misguided superiority of thought complex, what have you…  If you aren’t doing it their way, you are not doing it correctly.  For whatever reasons unknown there actually exist people who refuse to allow successes or failures of others who would seem natural allies to go by without derogatory comment or diminishment.     Those “activists” would seemingly prefer to do damage to the cause of freedom than to see the successful efforts of others.

Recently I opined on such an activist’s poison. Now she has gleefully added a few more words in an attempt to lessen the value of Day’s work.  In this most recent email response to C4L’s David Dudenhoefer, (see his email below) Joane Fabiano (surprised?) states what her intent was: 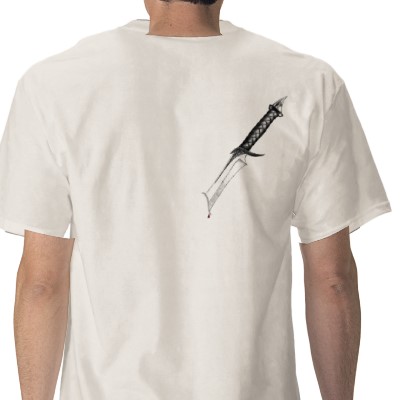 “I like you, tried to warn others from the beginning that this was doomed to failure because they had nothing in place that successful petition drives need Thoughtful planning, organization, money to pay signature gathers, ability to execute. However, at the time most tried to shoot the messenger because they did not like the message. I actually had one older couple who at been quite active at GIM, leave because I would not push the petition drive.”

She tried to warn us it was doomed..  Thoughtful planning (Because it was not her own?).  Organization (again.. not hers?) Money? Ability?  It seems it was an attempt to STOP the drive before it had a chance to show any success.  Some messenger.  IMO, an angel of death to a fledgling grass roots operation, that STILL brought in a great deal of support and signatures DESPITE Fabiano’s best intentions.

Who are you?  Are you one of those who cannot handle the competition of the conservative sitting next to you?  Are you tired of being a second fiddle righty?  Perhaps a little self test to open your eyes to whom you might actually be?  For these questions assume you are a local activist with plenty of time under your belt defending liberty, and proper constitutional government.  You BELIEVE in what you do..

A person across town whom you do not know has decided to host a “tea party” in your same town to challenge overblown government, and makes arrangements and does a little advertising, but somehow doesn’t get a lot of attention. They are obviously making mistakes in their handling.   Do you:

A person you have worked with in the past for the cause of liberty, is now eagerly pursuing new efforts towards that end.  They have different goals, and are willing to try reaching out in a manner that you wouldn’t.  Would you:

A person you have worked with in the past for the cause of liberty, is now trying to fight back against something that is blatantly unconstitutional.  You are a strong supporter of the constitution, and have thought of doing something similar. Would you:

A person you have worked with in the past for the cause of liberty, is trying to build a coalition of people across the state in an effort to repeal components of a bad law.  You agree the law is bad.  Do you:

What would you do?

Would you prefer to pursue a path of pettiness and distrust?  Would you break the bonds of friends of liberty in an effort to show your own efforts are stronger?  Do you take a higher (moral ) road and recognize there are others who wish to make a difference, and perhaps their way is not your own, yet resist the temptation to destroy their efforts by planting the seeds of hemlock in the minds of those of mutual acquaintance?

Let me continue this, by giving appropriate credit to at least ONE of the the wonderful folks at C4L who harbor a desire to be marginal forever.  Nothing like a little name calling and inappropriate ridicule to garner new support for the cause of liberty.  (we all know that being called a Neo-Con is an incentive to correct all bad and disagreeble behavior)

His letter on this issue that inspired the recent rhetoric from Fabiano? (a letter sent to someone who forwarded to Ms. Fabiano):

After you read this and laugh your ass off, like I am now….forward this to Pittman and whoever else you can think of that claims to lead, with my personal note about “how I told you so”.  I spoke with Wendy (neo-con) Day at the rally in Shiawassee and informed her about McMillian, the Language in his idea as being from A.L.E.C. and not effective at all, and that the Idaho language was much better.  Her response to me was that “..If I had 2 months to research this, I would have, but I needed to get something out now”.

C4L put out the correct “nullification” info and method to handle this health care issue, but as usual the neo-cons conned the grassroots.

Whether or not the email below is completely accurate makes no difference, the fact is that this “petition drive” was done merely to appease the grassroots and for no other reason.

This is in part why Michigan, as well as much of the republic is in the toilet, the blind leading the blind…but have no fear C4L will change that, and we’ll see along the way who is real and who is part of the problem.  It is time that someone call these people out for what they are…con artists.

Hahahahah oh wait.. I’m not “laughing my ass off”   Sorry David.  If you truly understood grass roots, you wouldn’t apply the lime so heavily.  But really I hope you have a great laugh.  We’ll be looking for your change.  Your description of all who worked so hard on the HCF is now a matter of record.

But lets suppose we give you the benefit of the doubt.  We are the blind, and your group is quite obviously far superior intellectually and actively. I mean, between you and Fabiano, the cure for a beleaguered Michigan, and frankly the nation on whole is in short order.  Thank you for your service.  Please offer more wisdom and sage advice as you can afford to us poor blind political beggars.  Anxiously waiting.

My tin cup is taking more time to fill daily, and I sure hope you make your move soon.

Some might wonder why I would bring this up here, and why I would call out those involved.  Am I not also driving a wedge between C4L, Fabiano and others who champion liberty?  It could be argued.  Yet at the same time a festering infection under the skin of such a movement, can even more easily cause death to parts of it.  I am hoping that the light of day can disinfect this temporary blight on what has been an otherwise spectacular growth in citizen awareness and participation in the fight for our freedoms.  Letting these things speak for themselves can go far.

My personal preference is to see ALL efforts go forward towards the pursuit of liberty.  The nature of these negative conversations about the Health Care Freedom Effort is irresponsible and uncalled for.

4 comments for “Last word on a destructive attitude – Etu Brute?”