Very few people, and likely NONE in political circles could think of much else except social security when talking about “third rail” politics. The mere discussion of changing it can literally affect in a matter of hours, the percentages an official, or would-be official receives in a given electoral cycle.  Many consider modifying or changing it political suicide.

Even the health care debate currently has much of its opposition towards the “new plans” based on the fears of people who receive medicare, which was once attached to social security yet has now sprouted legs of its own. Right or wrong, an attempt of changing such a process for all its flaws, is risking “reconsideration” of those who have a current stake in how that process is handled;  Those government junkies.

The investment of hopes, fears, and a hell of a lot of taxpayer dollars have been made for the retirement dreams of America through the social security administration, and its ongoing failure to negotiate a fiscally sound path is constantly made ever more difficult by the narrowing of the path and the reduction of the resources to sustain it.  A pyramid (ponzi) scheme on a government sized scale that currently has as a liability speculated to be nearly $107 TRILLION by some experts..

It was a plan that begged to be abused by lawmakers since its inception.  A “fund” that was originally created to provide a guarantee that older Americans would have a safety net retirement, turned into a piggy bank raided regularly by new entitlements to the young and old alike for always changing reasons. The more programs attached to it, the more difficult it has become to even consider changes. The dependency of a certain sector of Americans has resulted in the inability of our leaders to ultimately cut spending, and perhaps places our entire health care system in jeopardy for all the wrong reasons.

NOW we have another.

The federal government has created a new dependency class.  A new welfare class has been born…  The auto worker.

GM still employs Tens of thousands, is trying to recover from a bankruptcy, has an unknown stock value. AND, cannot now fail, or those folks will be out of a job, the tens of Billions spent keeping the company afloat will be lost, and any politico who endorsed the bailout of the company would wear its failure like cement boots during a leisurely swim in the Detroit river. 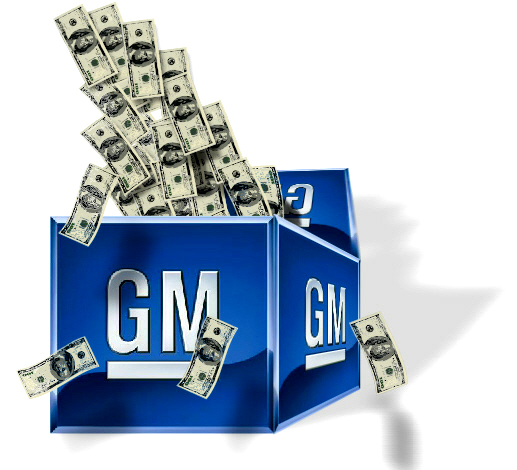 The federal government, which now effectively operates GM, cannot sell it back to the private sector, and the UAW which also owns a stake cannot in good faith negotiate with itself.  Its value is zero outside the ownership of the government, as it cannot make autos at a profit, and requires incredible  short term “incentives” for the marginal sales it is doing as it is.  The fact remains, GM cannot survive on its own.

Further, there are arguably, thousands of small businesses which rely on business from automakers, and particularly GM for much of their bottom line.  Many of them have their entire equipment inventories based on the production of parts for the automakers, and the failure of that sector would wreck them. Allowing GM to fail will be seen as unacceptable.

Much like a ghoulish reanimated corpse, GM will be kept in motion by periodic infusion of funds provided by the taxpayers.. (an arm or a leg) or it will die.

That will be the argument for the “public automobile option.” In Michigan, where we still have tens of thousands of “interested parties, there will be little call for eliminating the white elephant known as GM from the public dole.  The ongoing crisis of the automakers will see a plug that can never be pulled for “government motors,” lest too many, in too fragile a state, “get hurt.”