Michigan Senator Carl Levin in March introduced the “Stop Tax Haven Abuse Act,” ushering in a whole new level of presumed guilt for the purposes of “collecting” on unreported money in private offshore accounts. From Section 101: 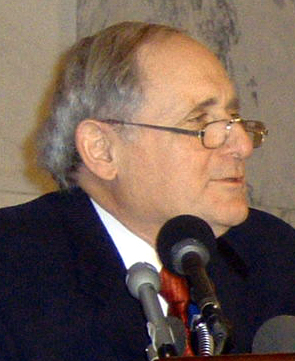 civil tax enforcement proceeding: (1) a presumption that a U.S. taxpayer who “formed, transferred assets to, was a beneficiary of, or received money or property” from an offshore entity, such as a trust or corporation, is in control of that entity; (2) a presumption that funds or other property received from offshore are taxable income, and that funds or other property transferred offshore have not yet been taxed; and (3) a presumption that a financial account controlled by a U.S. taxpayer in a foreign country contains enough money — $10,000 — to trigger an existing statutory reporting threshold and allow the IRS to assert the minimum penalty for nondisclosure of the account by the taxpayer.

Thou dost presume much Carl. Considering  that if you read closely you realize that “evidentiary presumptions” is another way to say GUILTY until proven innocent. By the way, I’m not sure what the minimum penalty for nondisclosure of the account by the taxpayer is, but here is the potential consequence according to McDermott, a law firm that has much more on the issue:

For an FBAR (Foreign Bank and Financial Authority) violation occurring after Oct. 22, 2004, the maximum civil penalty for a willful violation of the FBAR reporting and record keeping requirements is the greater of $100,000 or 50% of the balance in the account at the time of the violation. Non-willful violations can result in a penalty as high as $10,000 for each violation. Criminal violations of the FBAR rules can result in a fine and/or five years in prison.

5 years in prison as well as hefty fines, with the presumption of guilt to start the case. Fortunately the way the bill is written now it would not apply criminal penalties but be used to make a civil case. But who knows in the future, as many folks are finding out first hand how government incrementalism works.  Consider that in our constitution:

Due Process is the idea that laws and legal proceedings must be fair. The Constitution guarantees that the government cannot take away a person’s basic rights to ‘life, liberty or property, without due process of law.’ Courts have issued varied rulings about what due process means in particular cases, but nearly all concede the understood “presumed innocent until proven guilty” aspect of due process.

The fact that folks might, or might not be innocent of hidden funds is irrelevant when the presumption of guilt and punishment stands opposite of the constitutionally protected rights under the 14th amendment.  The “guilt” assumption may well be presumed, and most certainly be accurate in many, if not most cases, but in the assertion of punishment prior to due process is reprehensible.

Due Process is a RIGHT.  Levin is WRONG.