Sigh…  From one of my most favorite organization’s participants.. Cato Vice President Gene Healy comments:

Palin’s future remains uncertain, but it’s hard to see how her cryptic and poorly drafted resignation speech positions her for a presidential run. Nonetheless, her departure presents a good opportunity to reflect on the Right’s affinity for presidential contenders who – how to put this? – don’t exactly overwhelm you with their intellectual depth. 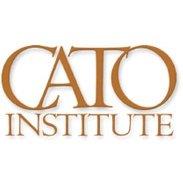 Perhaps they might consider she really is not positioning herself for a run?  And as to an offhand elitist comment disparaging the intellectual capacity of Republicans, it isn’t hard to see why Libertarians cannot muster up the numbers to get ANYONE elected.  Oft times in the past I would see folks with decent ideas and even better personality to carry those ideas, through thrown aside by those with the Libertarian ideals, and intolerance for anything but their own personal pure bred intellectualism.

Sarah Palin hit the hearts of conservatives everywhere for some reasons that supposedly pure objectivists cannot fathom apparently.  In politics the pure objectivist will never win.  Not because they are wrong, but because they misunderstand subtle features present in emotional arguments that bind humans.  Palin’s style of an in your face conservative message, coupled with a charisma, good looks and the obvious ability to manage both family AND government seemed too good to be true. And even throughout the few arguments that she has accepted “federal dollars” for the state of Alaska, she maintained the support of conservatives in the Republican party universally.

Libertarians never did seem to like her, perhaps because they saw her as a Faux Libertarian.  (as they might perceive me from time to time)  Republican “moderates” feared her conservative message once they realized it might shift the party back to a more “republican” stance, by pulling in more conservative supporters to the party.  Democrats know she pulls together on a number of levels enough of “traditional” types to yank the “blue dog” conservative democrats right out from under them.

She IS AMERICA.  She is the alpha who serves, the hunter who gathers, the Red, The White, and Blue that we are.  What those in the Midwest see, is themselves in the rugged governor of Alaska.  They see pure will, determination to confound the odds, and a true love of country.  An unlikely combination of chance and what has been done in the face of it, a WOMAN with a family that needs her, conquering what would have seemed unconquerable in such an environment, and holding firm to values that we can all respect.

She is by far no dummy. She cannot be, if only indicated by her successes against her obvious challenges. And as such, it may be that she is envied by her peers as much as feared by those who are ideologically opposed to her.

Such a person should not assume a role of authority apparently, for the reasons I described above however.  And in the light of her taking a more “selfish” role of responsibility to family, and self, it seems especially ironic for the Libertarian CATO figureheads to discount her appeal as one that elicits a lack of intellectual depth.

Though not trying to be overly sensitive to the choice of words CATO uses, I still find it somewhat sad that such “smart fellers” in a think tank might miss the obvious connection between their own thoroughbred philosophy, and possibly who might be the best bet to put those ideas in place.  Cato Writer David Boaz seems to enjoy the Leftist generated angle that has been promoted:

Running for president after a single term as governor is a gamble. Running after quitting in the middle of your first term is something else again. If this is indeed a political move to clear the decks for a national campaign, then she needs adult supervision soon. But I can’t really believe that’s what’s going on here. I suspect we’re going to hear soon about a yet-unknown scandal that was about to make continuing in office untenable.

But all is not lost yet, as Roger Pilon of CATO provides a little relief from such philosophical extrapolations:

It seems that since her return to the state following the campaign, activist opponents and bloggers have bombarded the governor’s office with endless document requests. And she’s faced 16 ethics inquiries, with no end in sight. All but one have since been resolved, but the politics of personal destruction has cost the state millions, as Palin noted. Add to that the unrelenting, often vicious and gratuitous attacks on her and even on her family, and it’s no wonder that she would say ‘Enough.’ It has nothing to do with ‘quitting’ or with being ‘unable to take the heat.’ It has everything to do with stepping back and saying you’re not willing to put your family and your state through any more. She seems confident that history will judge her more thoughtless critics for what they are. I hope she’s right.

Exactly.  Palin has hardly “claimed” the title of presidential contender in 2012.  Many of us who find her appeal on a number of levels quite worthy of the position have openly “hoped” for it however. Yet the naysayers from within and without the party being joined by words as negative as those coming from the leftist pundits emanating from some at CATO is somewhat disappointing.

To what end does such commentary, complete with hyperbole usually reserved for troll activity by the left bring us forward?  How does it serve the needs of this nation, or even the intent of the liberty seeking CATO institute?

Even if Sarah Palin does not ONE MORE THING which has political consequence, she has already done her part.  Her very entrance to the theatre politic has on a very basic level planted seeds of traditionalism, a consumable Feminism, and a new spirit that our country was beginning to forget,  Rugged Individualism.

← Words from Jeffrey Immelt…
When The 4th Of July Comittee Doesn't Get It Either.. →

4 comments for “When even CATO doesnt get it.”