A new business start up approved for a 46 Million dollar grant from the MEDC.  Obamaroos Underwear company has tentatively agreed to locate its elastic band facility in Ypsilanti, Michigan, where it is expected to generate at least 60 jobs. The elastic will be then shipped to a Shenzen, China facility for the final construction of the custom wear by children who will appreciate the end product best. 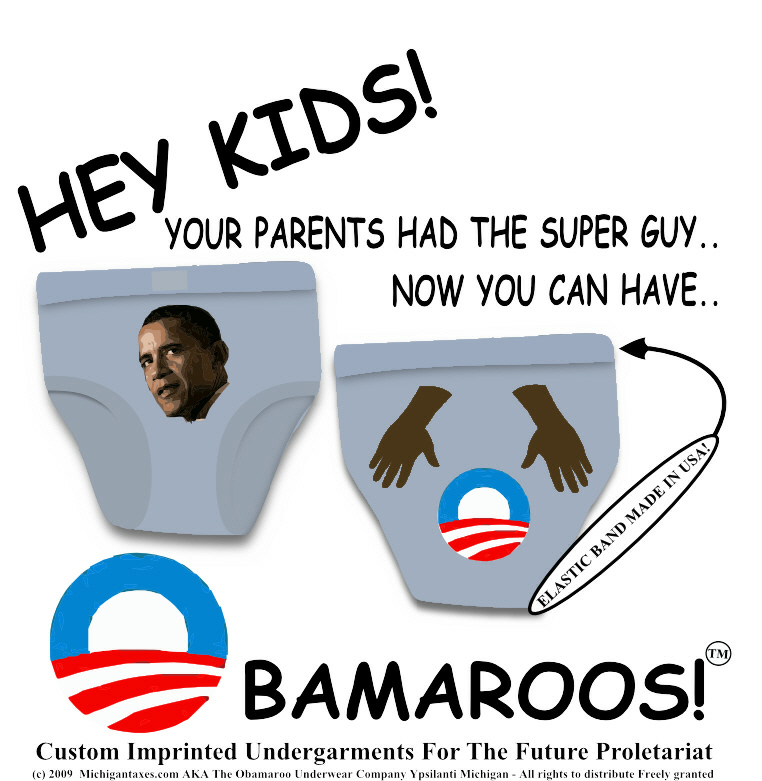 The New Obamaroos Ads soon to be appearing on cereal boxes

The Ypsilanti leaders have agreed to demolish 6 existing buildings to accommodate the move, and provide a suitable location for the stretchy material plant.  The occupants of the buildings have been given 30 days to move their businesses as they have been condemned already. Ypsi council members play down the complaints of the forced move with this quote from member Sally Peedooty:

The businesses that are really complaining have done so repeatedly already when we have moved them before. They are just troublemakers who don’t have a clue what it means to build a vibrant planned community!

Council member Elgee Whiterhouse is reported to have declared he is going to ask his wife to have another child, just so he can have the honor of wearing the first pair of Obamaroos to arrive back from the China factory. “I’m So excited!  I mean if she wont carry the child maybe I’ll adopt one..  maybe a Vietnamese kid.”

Governor Granholm is reported to have had to play referee between Ypsilanti officials and the Detroit city council which had hoped to locate the factory in the soon to be vacant Renaissance Center. Reportedly, a compromise was reached where there still may be a REN CEN factory that produces a version called Bidundies.

← If you missed this.. It gets better.
Independence Day TEA!!! →