She could be as popular as Alaska Gov. Sarah Palin who McCain picked to be his vice presidential running mate.  Palin, who been enjoying statewide popularity ratings of 80%, defeated an incumbent Republican governor, and has kept to her campaign promises to root out corruption in her state, and even within the Republican ranks there.

Cheers!  Throw em under the bus!  Michigan can only solemnly sigh as Granholm protects her party’s worst nightmare Kwame Kilpatrick. 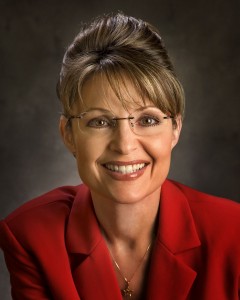 Palin, an NRA member who hunts, fishes, has a son in the military, and is pro life.  Though young as an executive at 44, she has been cedited in saving the state Billions, and restoring trust in government.

While many pundits may claim this isn’t the pick many Republican’s were hoping for, It could be argued that many within the party who were uncomfortable with McCain originally will be more than happy with this choice.

I repeat: CHEERS to the McCain pick!