I have a great respect and admiration for the reporting being done by the Mackinac Center through its Capitol Confidential production.

One of the issues I faced when breaking news in 2008 was the failure of the most popular media outlets to properly report on the connection between Nancy Pelosi, and T Boone Pickens, and her holding the country hostage to higher gas prices. (Search “Giving Us Gas” in the search  box) Pickens was paying the networks tens of millions to promote wind energy at the time, and they did not want to kill THEIR golden goose.

Cap Con was my go-to when the fake tea party in Michigan tried to upend the 2010 election.  They got the message out when no one else would, and it stopped a major play designed by one party to subvert the other through deceit.

The $40 million “rapid transit” bus line that isn’t any faster than regular buses.

The school contract that gave “special consideration” to non-Christian teachers.

The family facing a 300 percent increase in health insurance costs under Obamacare. 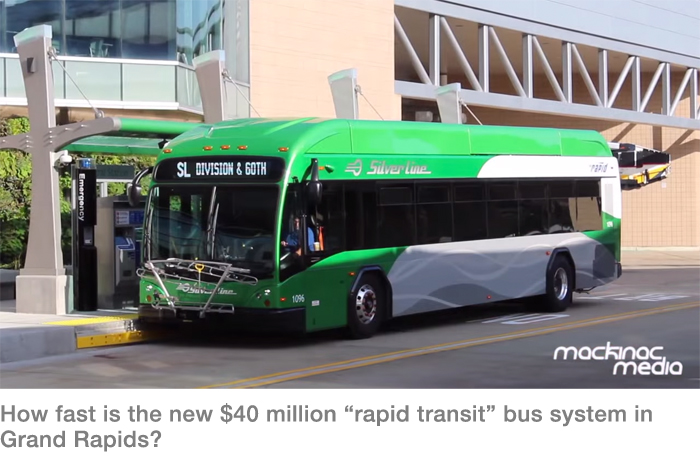 Police who seized private assets from citizens who had committed no crime.

These have been our most popular news stories this year at Michigan Capitol Confidential, and I’m not surprised.

I’m not surprised because I know that readers like you aren’t interested in the “government-knows-best” approach to news. I know that you expect reporters to go beyond what public officials say, and instead report on what they do.

At Michigan Capitol Confidential, we aren’t afraid to ask hard questions of the people who teach our children, regulate our businesses and spend billions of our tax dollars. Many times you and I are the only ones asking hard questions.

Our coverage of Robert and Patricia Haynes is one reason that home health care workers in Michigan no longer have to join or pay fees to the Service Employees International Union. Today, millions of dollars that used to go to SEIU coffers are back in the hands of these care providers.

But we need to reach more people with stories like these.

That’s why I’m writing today. Will you consider an investment in our plan to grow Capitol Confidential readership by reaching out to larger audiences?

Our plan is to use new information technology to identify the people likely to share our beliefs, and to reach out to them through email, social media and advertising.

Hard-hitting investigative journalism is a powerful way to promote freedom. Through watchdog reporting, we expose cronyism, wasteful government spending, misleading jobs claims and bureaucratic red tape. Your gift today would give more people a way to be informed and stand with us in the fight for freedom.

Thank you for your support.

← And On Monday (the cost of doing business in Michigan goes up)
I Don’t Exist →
Loading Facebook Comments ...