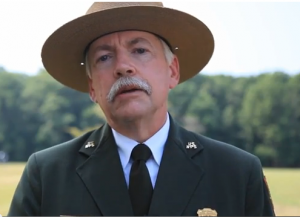 Over the course of the 16-day government shutdown, the National Park Service went out of its way to make life as difficult as possible for as many Americans as they could.

War veterans were locked out of their own memorials, sightseeing locations in front of Mount Rushmore were coned off from the public, and even children’s playgrounds were padlocked by the Park Service.

After passionate demands for the specific reasoning behind Jarvis’s decision barricade national memorials, Director Jarvis testified to the effect that the law requiring him to furlough all staff not necessary to defend life and property during the shutdown necessitated that he close all national parks and barricade memorials. In other words, he was just following orders.

Interestingly, less than two years prior, Director Jarvis sat before the same committee to defend his decision to not issue citations or otherwise prosecute the “Occupy Washington” protestors on McPherson Square who trespassed on National Park land for over 100 days.

Jarvis then testified in response that he had discretion in applying the law and spent the 100+ days of the “Occupy” protest trying to “gain compliance” with those breaking the law.

Together, these two testimonies tell one story:

Jonathan Jarvis is a career park ranger. He doesn’t have a complex political agenda; he’s a career bureaucrat who follows the orders of his superiors.

Read the rest at NetRightDaily.com: