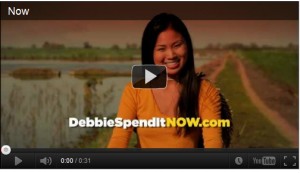 The New Pete Hoekstra ad has raised some eyebrows.

Republican U.S. Senate candidate Gary Glenn made the following comment regarding former Congressman Pete Hoekstra’s purchase of a Super Bowl television ad which Hoekstra’s campaign said will “hold Debbie (Stabenow) accountable for the out of control spending and debt in Washington”:

“After eighteen years in Washington, Congressman Hoekstra would have more credibility criticizing Debbie Stabenow’s out of control spending if he himself hadn’t voted for the $850 billion Wall Street bailout and Obama’s $192 billion stimulus package and pork barrel boondoggles like the $223 million Bridge to Nowhere, plus raising the debt ceiling to double-digit trillions of dollars.  In the Super Bowl, he’d get called for a false start and personal foul on the same play.  With the clock ticking down, saving America from the politicians who gave us this crippling debt crisis means Hoekstra and Stabenow should both get benched.”