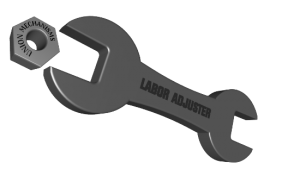 Jack McHugh writes today about a couple of labor reform bills just hanging around the Michigan State Senate. The first of them stopping the practice of union employees being paid by school districts:

“… many school district payrolls contain “phantom employees” in the form of full-time union stewards who are paid the same salary and benefits as a regular teacher, but do little or no teaching, only union work. All told, 39 school districts in Michigan engage in the practice. In some, the union picks up part of the individual salary expense, but in others, taxpayers pay it all. Statewide, this reduces the amount available to pay real teachers by at least $2.6 million annually. (A similar “phantom employee” scheme for federal employee unions cost U.S. taxpayers $129 millionin 2009.)

Last spring the Michigan House passed House Bill 4059, which would prohibit this practice. On April 26, the legislation was referred to the Senate Reforms, Restructuring and Reinventing Committee, chaired by Senator Mark Jansen, R-Grand Rapids, which has not acted on it since. Republicans hold a 5-2 majority on the committee, and s 26-12 majority in the Senate. (The other GOP Senators on this committee are Colbeck, Casperson, Kowall and Robertson.) “

And ends the practice of using taxpayer funds for dues collection.

The stopping of dues collection has been something I would like to see in Grand Traverse County.  I have brought it up to our administrator, who has explained the collections are built into their contracts.  The first of those contracts expires at the end of next year.  At that point, I believe there will be consideration to change the policy.

Locally, it has already been shown to work:

“BATA stopped deducting union dues from employee paychecks after the contract expired, a move that angered union officials and forces individual union members to collect dues from their co-workers. Union officials called it a tactic meant to divide workers and diminish the union’s strength.”

BATA director Tom Menzel has since commented that it has saved the taxpayer subsidized transportation service money.

What it also does, is bring back accountability to the unions who have taken for granted, the workers who have paid dues almost invisibly for years.  When the check must be cut to the union shop instead of automatic withdrawal, the question must be asked: “What value am I getting for this?”

Of course the unions bristle at such ‘tactics’, as it makes it harder for them.  The automatic money tree once at their disposal now threatened, it is unlikely this bill will get out of the Michigan Senate all too easily.  Labor reforms such as these are effective for taking back control of our government resources, so the natural defenses by the unions will be as strong as ever.  It will likely take strong managers like Menzel in Traverse City to deal with each bargaining unit to actually save the taxpayers from funding the on going unaccountable union political activities.

A call to those Michigan Senate Members MIGHT move things along however.