Lets talk about those indicted as evil corporations feeding off the taxpayer trough and ‘oppressing’ the common man.   Would any corporation on it’s own be able to hold over such power on the individual without the willing accomplices in government?  Would any effort to keep the common man down be successful, sans a capitulating bureaucracy?

Right I thought not.

It occurred to me today that often, blogs will use a “word cloud” to represent the relative frequency and activity of subjects, names, etc.  the larger and more pronounced the word appears, the more likely that you will see it referenced in the blog.  Usually by clicking on those key words,it will give you a list of stories related.

Perhaps it might be a useful exercise by examining the campaign finance of politicos, and placing a ‘cloud’ of benefactors, and financially inclined groups around the President’s photo to relate the high frequency of support he has received from said groups.  It should be noted, this president is quite loyal to his benefactors, and follow up policies to the bail out we all knew was wrong have been implemented to make sure their perceived paybacks were not discovered to be the frauds they are. 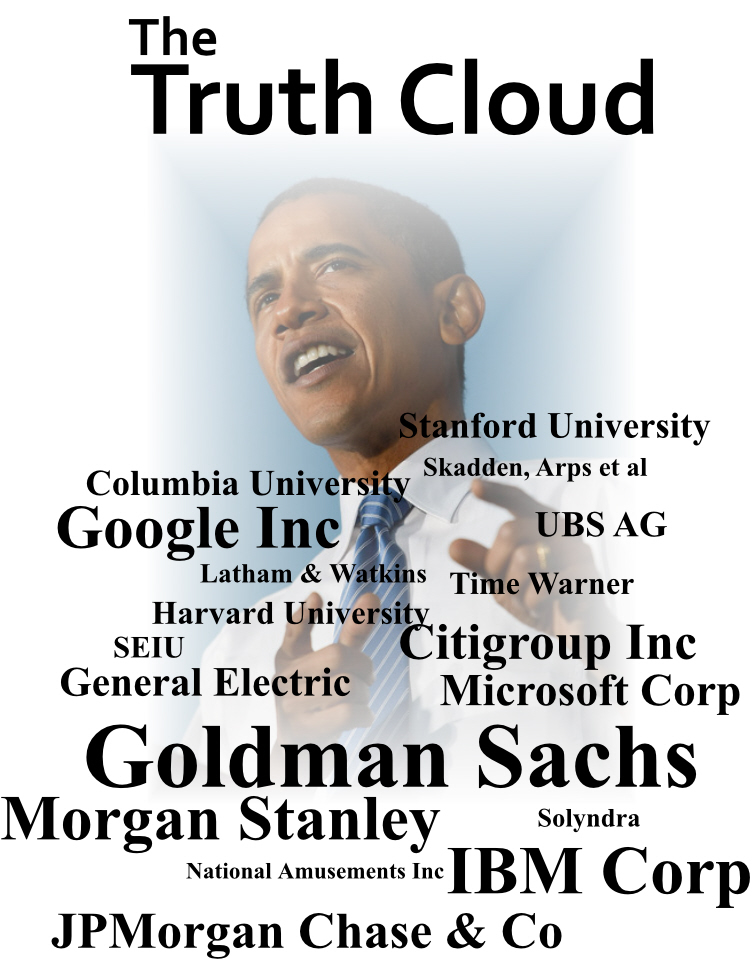