What better way to highlight the differences between candidates, than to have their positions out front and in contrast to each other. The news cycle is not so generous as to allow the ideas of challengers compare directly to those who are already making news through policy mishaps and through the opportunity of previous exposure.  This comparison is in each of the candidate’s words.

A statement from Carl Levin sitting Michigan US Senator: 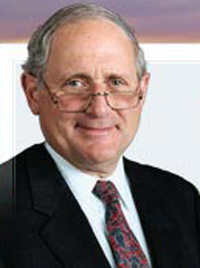 Madam President, to say the legislation before us is not ideal is truly an understatement.

The notion that our deficit problem can be solved solely by cutting spending flies in the face of our experience when in fact unwise tax cuts for the wealthy and egregious tax loopholes are significant culprits in our fiscal crisis. I believe too many Republicans are influenced by an ideology so extreme that it promised to wreak economic havoc if they did not get their way. No additional revenues became the battle cry, an approach that prevents the balanced deficit reduction that the American people rightly support. The result is that this legislation incorporates some policies that are profoundly unfair to middle-income Americans.

So seen in isolation, this is not a good bill. But no public policy exists in a vacuum. Despite its many flaws, this legislation must pass. Let me explain why.

While there will be a number of negative consequences as a result of this bill’s passage, there will be more dire consequences if it fails to pass. The choice here is between a faulty piece of legislation, on the one hand, and severe damage to our economy and even greater joblessness on the other. The choice we face now, today, with this vote, is whether to accept a flawed bill, or to watch the United States, the globe’s pre-eminent economic power, default on its obligations to senior citizens, students and veterans, as well as to those who have invested in our country by the purchase of our bonds and Treasury notes. We have taken many steps in the past three years to try to restart job creation in this country; those efforts would come undone in the crisis that would follow our failure to pass this bill.

One of the things that is right about this legislation is that it avoids a misguided demand that we have another round of crisis and negotiation over this issue in just a few short months. A short-term increase in the debt limit, as House Republicans demanded, would surely have led to a damaging downgrade of the government’s credit rating. It would have frozen financing for businesses and consumers. We simply cannot put the American people and the American economy through that again.

Despite this bill’s imbalance in focusing solely on spending cuts, it does contain a mechanism that can force acceptance of what our Republican colleagues have refused to accept: the reality that revenue must be a part of real deficit reduction, and that fair and effective deficit reduction efforts require shared sacrifice. 2011 is the year of unbalanced spending cuts. 2012 must be a year of shared sacrifice, one in which the President uses the bully pulpit to lead the nation to accept the notion that everyone, including surely the wealthy, must play a role in reducing deficits.

Democrats have repeatedly emphasized this point. It is a simple fact that among the largest factors contributing to our deficits is the Bush tax cuts, tax cuts that greatly increased the growth of the gap between the wealthiest among us and working families.

These numbers are not aberrations, nor actions of a free market. They reflect policy choices. And too often, the choice has been to pay lip service to the middle class, while driving income inequality to levels not seen in 80 years. The failure to ask all Americans to join in the sacrifices required to reduce our deficit flies in the face of logic and fairness and threatens to increase the growing gap between upper-income and middle-income families.

Democrats have proposed common-sense steps to address the failure to include more revenue and promote shared sacrifice. We propose restoration of the 39.6 percent tax bracket for the wealthiest Americans who make nearly $400,000 a year or more. Most Democrats support the end of tax breaks for the massively profitable oil companies. We seek to close loopholes that now allow tax dodgers to hide income and assets in overseas tax havens to avoid the taxes they rightly owe, and to end tax breaks that let highly paid hedge fund managers enjoy a lower income tax rate than the rate their employees pay.

So far, too many have denied the need for these changes. But there is a chance at least that this legislation may finally force consideration of added revenues, added fairness in the tax code, and the shared sacrifice that is so missing from the cuts in the legislation before us.

Why is that? Under this legislation, we will face a stark choice: We must agree before the end of this year to deficit reduction of at least $1.2 trillion over 10 years, or stand by as an automatic budget cut kicks in to accomplish that goal. A bipartisan joint committee of 12 Members of Congress will meet and develop a deficit-reduction plan that avoids those automatic cuts. That joint committee will have broad powers to review and propose changes to spending and to the tax code and to add revenues. Revenues will finally be back on the table, where they have always belonged.

Now, meeting the $1.2 trillion goal will not be easy, but it is achievable. Achievable, that is, if those who have so far been unwilling to compromise can recognize that revenue must be part of the equation. Nobody should be eager for those automatic cuts to take effect. Many would be unacceptably painful and damaging. But the very idea of those automatic cuts is that they are so unacceptable that few of us will want to see them enacted, and most of us will be willing to compromise in order to avoid them.

Congress used this once approach before. In 1985, we passed Gramm-Rudman-Hollings, which set forth specific deficit targets and required cuts if those targets weren’t met. The framework for today’s legislation is based on that model. As one of the authors of the Gramm-Rudman Hollings Act, Senator Gramm, put it: “It was never the objective of Gramm-Rudman to trigger the sequester; the objective of Gramm-Rudman was to have the threat of the sequester force compromise and action.” And it did, for example, in 1990, when, facing the possibility of unacceptable cuts in defense and other important programs, President Bush and bipartisan leaders in Congress adopted a balanced deficit-reduction plan that included significant new revenues.

The Damocles Sword of the Gramm-Rudman-Hollings deficit reduction act was the reason for that outcome.

I believe that any plan from the bipartisan committee that fails the test of balance will have no chance of passage in the United States Senate. That means the members of the committee must truly be willing to lead, to put aside partisanship and rigid ideology, if we are to avoid triggering unacceptable cuts. Success also is going to require presidential leadership and stronger use of his bully pulpit.

Democrats have demonstrated that we are willing to put forward serious deficit-reduction proposals, plans that include painful cuts to important priorities. With a vote to approve this bill, which we must, it is my hope that we have reached the high tide of an ideological movement that has sought to hold tax cuts for the wealthy sacred, while imposing increasingly draconian cuts on American families, and threatened economic calamity if that movement did not get its way. The era of slashing programs that help middle-class Americans, with no shared sacrifice by the wealthiest among us, that era must end, and give way to an era in which fairness and balance guide our efforts. Passing this legislation today hopefully will drive us to make that transition.

To which Republican US senate candidate Peter Konetchy Replies:

I disagree with Senator Levin.

Organizations within the free market must compete with each other to provide the highest quality product at the lowest price. This forces efficiency. The government has no incentive to be efficient and views private sector profit as its safety net to feed its inefficiency. Hence Levin wants to tax.

He’s also stating that the free market is incapable of meeting the people’s needs, thereby justifying government dependency programs. I feel just the opposite. There is an inverse relationship between the ability of the free market to meet the needs of society and the amount of government interference through tax and regulation.

He mentions “Shared Sacrifice”. His definition of shared sacrifice means taxing more from the producers to give to the non-producers. I define it as allowing the producers to keep more of what they have earned, and requiring government to address their waste and expecting those receiving government distribution payments (outside of Social Security and Medicare) to expect less and become responsible for themselves.

He criticizes the Bush Tax Cuts. If I remember, these cuts spurred economic growth immediately after 9-11 and allowed the free market to keep unemployment under 5%. Bush, along with Kennedy and Reagan before him, proved tax cuts spur economic growth and reduce government dependence.

He believes the government must help the middle class via dependency programs. I disagree. The best way to help the middle class is to allow the producers of this nation to keep and invest their hard earned money into the economy creating new jobs. These jobs require workers, decreasing unemployment, and return self respect to the formerly unemployed people of this country.

His mention of a 1.2 trillion debt reduction over 10 years is a lie. If true the debt would be 13.2 trillion at the end of 10 years, but instead the debt is expected to actually increase by upwards of 10 trillion – to a total of about 25 trillion. Levin’s complaining about wanting to cut proposed future increases by 1.2 trillion. – A complete farce.

I feel the only way to get out of this economic quagmire is to drastically cut spending, cut taxes, cut government regulation, and allow the free market to rebound. I would also strongly encourage the government to allow the private sector, using private investment, to develop our domestic energy reserves (oil, gas, nuclear). The US should be self sufficient, and a net exporter or energy.