Reposted from RightMichigan.com
One of the local issues that has continued to make headlines is the single hauler question.  The question being, whether it is appropriate for the local governments to mandate a single hauler for an entire area of private citizens or allow them to continue choosing their own.

Let that sink in.

Allowing private citizens to make a decision on what garbage service they might purchase.

The chilling advocacy of removing the ability of one to contract for themselves, often becomes the result of a perceived problem.  A perceived problem that has likely been amplified by complaints of noise, traffic, and “those ugly ol garbage trucks driving by more than once a week.”  Grown out of proportion by elected officials concerned about the financial means of maintaining roadways as their budgets disintegrate around them. Grown, amplified, and thrust forward eagerly by the “gods of the copybook headings.”

A city, and two townships have fallen to this ruse of benefit to the citizenry.   The false promise of saved roads, and less garbage truck traffic blight buying the conservative souls of those who think they are being fiscally responsible negotiating the “best deals” for their constituents.  The false promise and Faustian bargain that takes away the true rights to negotiate for one’s own self, and instead, insert a board-knows-best dependency upon the public.

For a little coin.

The city of Traverse, the township of Peninsula, both which I represent a part or all, had already decided to seek the route of guardian of the pocketbook.  Not from a fiscally prudent manner of less spending on affairs of government, but in choosing our vendors of rubbish removal. How enlightened. I of course, could not weigh in on these matters.  Its not my place, except as a concerned citizen.In the city, those who had negotiated a deal of their own without this glorious assistance find they are paying more without the added benefit of being able to opt out of their newly acquired service of the city’s choosing.

On the peninsula, the locals are waking to find they had apparently given a mandate to the township leadership to take this choice from them. Not surprisingly, most of the residents I spoke to did not recall such a thing.

And in Acme township?  Who knows? I can be in only so many places at once. 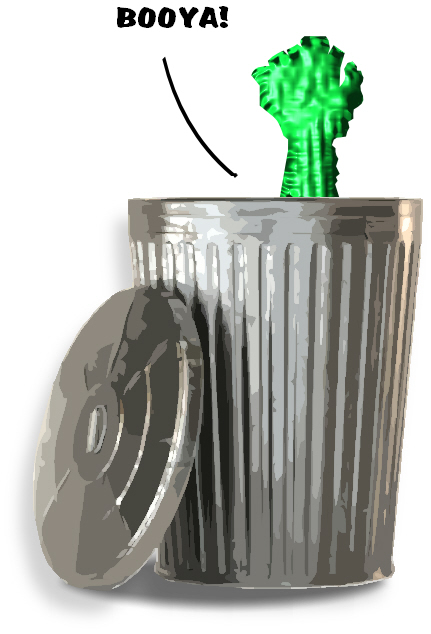 But in East Bay Township, the vote to put this intellectual heresy to rest, came in a 5-0 manner. All of the support for such a thing completely vacating the board in a regular meeting tonight.

Having been there each step of the way, it seemed this would be a duplicate scenario of the other entities which rolled it on forward.  Seeing the path it was taking had assumed the same type of style and methodology, including the same type of ‘push  polling’ to accomplish that end, I thought it might be futile to persist in our (some others and myself)  speaking against the measure.

We endured, and we prevailed.  It is ended.  there will be no single hauler chosen by a few for the nearly 5000 households of East Bay Township.

And though seemingly a small matter, it was a great moral victory.