Folks watching the slow motion train wreck known as the health care bill have been wondering if along the way to becoming law, had that congress lost its institutional mind?  In three thousand pages of legislation, the physician flogging, pharmaceutical filching reprobates known as the US congress, built in a number of mistakes.  The greatest one, which found itself a new questioner and denial in a Florida federal court.  The question:

Where was the severability clause?

It never had one.  the slightest unconstitutional character of the health care law passed by the last congress had no severability guarantee to permit it to continue sans any part of the Stephen King styled tome.  If any one part found itself in contempt of our constitutional rule, then the bill is null and void.  They left out the safeguard for the legislation.  They left out the way that it could stand after the expected ‘constitutional rule’ crowd finds a way to block just a little part.

My instincts tell me no.  Somehow, I think that is part of ‘the plan.’

Perhaps for a number of reasons we should be wary of the ‘set up’ this bill might be.  First thoughts give credence to the potential uprising of the poor and disenfranchised, when the Republicans ‘take away’ their health care perks in the expected US Supreme Court action.    How hard will it be to remove those entitlements by the Supremes is open to debate, but the inability to strike it down as a whole package is perhaps one possible goal.

Consider that by placing the benefits up front and ‘in effect’ before any of the projected costs (mandates) kick in, it provides a new entitlement to hold on to.  The ’empathy’ of a Sotomeyer, or Ginsburg, or Kagan on the court would certainly give in to such tragic potential outcome like the removal of a person’s scheduled procedure because perhaps he or she did not really qualify for it under pre-existing clauses of years before. To strike it down would be to re-impose the rules that defy the promise of ‘social justice.’

Indeed, we cannot take one’s life away, by refusing them promised care, right?  “Void” may well not be palatable.

It won’t happen [if they have a sense of decency].  Or at least that is what the last congress and this administration was counting on.  If severability was added, then the choice parts of the legislation ‘deemed necessary’ for the plan to even have a chance to work, would be already be stripped through constitutional review, rendering it OUTRIGHT, the failure it truly is.  The coincidence of that congress to not insert severability, was likely planned and intended to be an all or nothing bluff.

An ‘all in’ proposition, so to speak.

However, even as all or nothing, we are still in trouble. 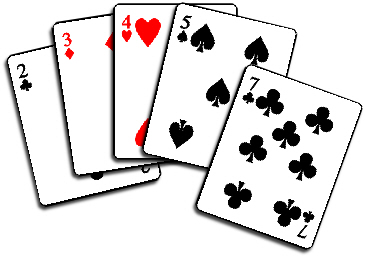 Nothing is now much worse than what we have lost already.

The mandate not becoming effective yet provides another difficult situation we may not be able to avoid.  Assume the current implementation of the law is wreaking havoc on insurers and health care facilities driving their costs up.  Locally the hospitals are changing the way they do business, and to the extent insurers can get away with it, they are raising rates to cover for the cost between now and 2014.  In 2014, the insurers were expecting to recoup costs brought about by this legislation.  The hospitals will find a problem collecting from an even larger segment of the population that has no coverage.

The insurance companies are BROKE in 2014 with NO MANDATE to back them up.

Without the mandate as a part of the ‘package’ the entire risk management portion of insurance is shot dead.  They will have shot their wad between 2011 and 2014 on the benefits the Obama administration has ‘redistributed’ to the masses already.  At the point where fewer insurance companies are available to cover the nation, and fewer doctors are available to provide the most basic care we once took for granted, the government in an echoing rendition of “I’m here to help you”, will step up and raise the ante with a public option.

It matters little that they have no hand to play.   No one will be left in the game.

The only thing left?  The plan all along for this president, his administration, and willing sycophants in the bleeding heart socialist media, theONE solution Obama wanted all along, and said eventually we will get: