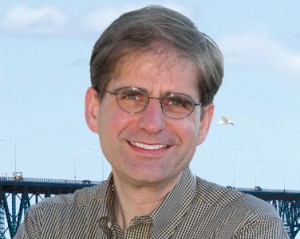 Jason Allen has decided to NOT pursue a recount process in the race for the 1st congressional district, which he had a 15 vote deficit. I was fortunate to talk with Jason about this difficult decision.

In his decision, Allen notes the expense for both campaigns through a recount process lessens the opportunity that a conservative would gain the seat, and that further divisiveness within the party might only result in the same type of poor leadership from that seat through a McDowell win.

“A 15 vote separation through a recount and validation process might easily be overcome if there was a decision to do so. There are compelling reasons to follow through and honor the wishes of those 27,000 voters who thought I might represent them. I am humbled, and honored by their support, but at this time feel they might be best served without a recount process that would be damaging to both campaigns and would not serve the district well.”

Folks, I am going to lay out something for you to chew on. If Jason Allen were the nominee, the support structure, coupled with the ability to bridge partisan divides through appropriate compromise would make him a stronger candidate. The first district has a make up that is more centrist, thus Stupak has been able to hold it for so many years. Allen has been able to maintain conservative principles while working with those on the other side for what he saw as the best way to serve his constituency.

There have been issues with Jason which many of the faithful here have argued. But as you may have noted, my tone has been one of a casually supporting one at times. The big picture, and an understanding of many things that are behind some of the decisions our legislators make is very important. On absolutes and real rights infringements, Allen has been a stalwart conservative. Yes I said it. I have also indicated before that he has seen where his mistakes were and worked to rectify them before they became an issue. But all the while, I have to some degree maintained a semi neutral tone, and wanted only the best result from a fair contest free of vicious hyperbole, and misleading commentary.

Allen has completely taken the high road with this decision that might well have ended like another campaign which gave us the likes of Dan Scripps for a state rep in the end.

My hat is off to Jason Allen for conceding to a better, and more unified conservative future in the 1st congressional district. He is a true patriot.

“After a hard fought six way primary where many good candidates, who care about their country, stepped into the arena to fight for a new direction for our country, I am proud to be the Republican nominee for Congress in Michigan’s 1st district. All of the candidates are to be commended for their hard work and for the massive number of voters that turned out to vote in our primary on election day- twice as many as voted on the democrat side. When the votes were tallied the count between Senator Jason Allen and myself came down to one of the closest margins in history.

Today Senator Allen demonstrated that he is a man who puts his country, his conservative principles and his party ahead of his own interests. While I am new to this political arena, I have learned very quickly how invested you become in winning, along with your family, your friends and your supporters. It is not easy to step back and do what is in the interest of the party, and ultimately the country, and to give Republicans the best chance of winning by laying down arms as adversaries and moving forward together as allies. To make the decision to step aside when your instincts are to fight, takes great courage and selflessness.

I will never forget, nor should the voters of this district forget, the courage that Jason has shown. Today we stand together as Republicans. I greatly appreciate Jason’s support and would be honored to have him and his supporters stand with us as we work to defeat Gary McDowell and take back our government from the failed policies of Nancy Pelosi and her liberal friends in Congress.”

← The Booth
November Is Coming →