Arriving at 7AM to the Breslin Center at MSU, there was already a great amount of activity going on.. 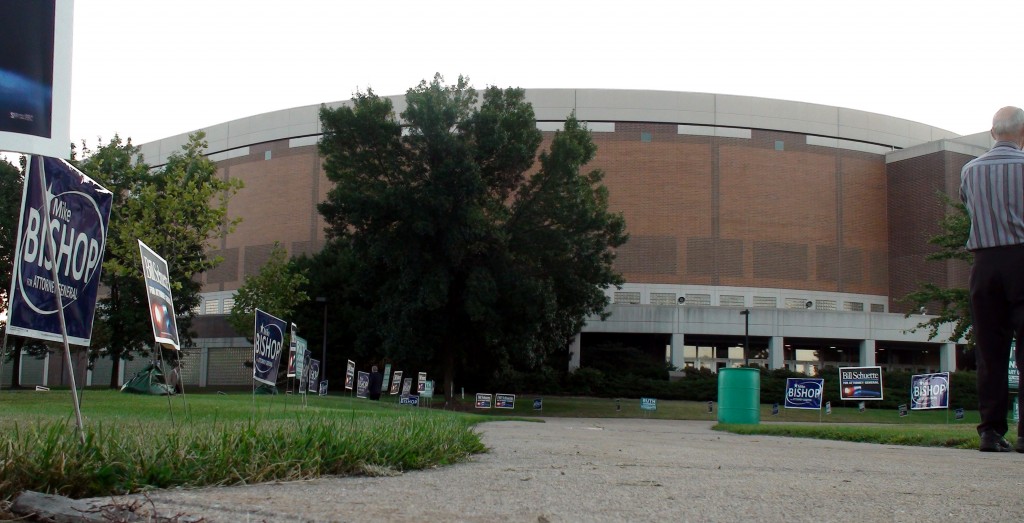 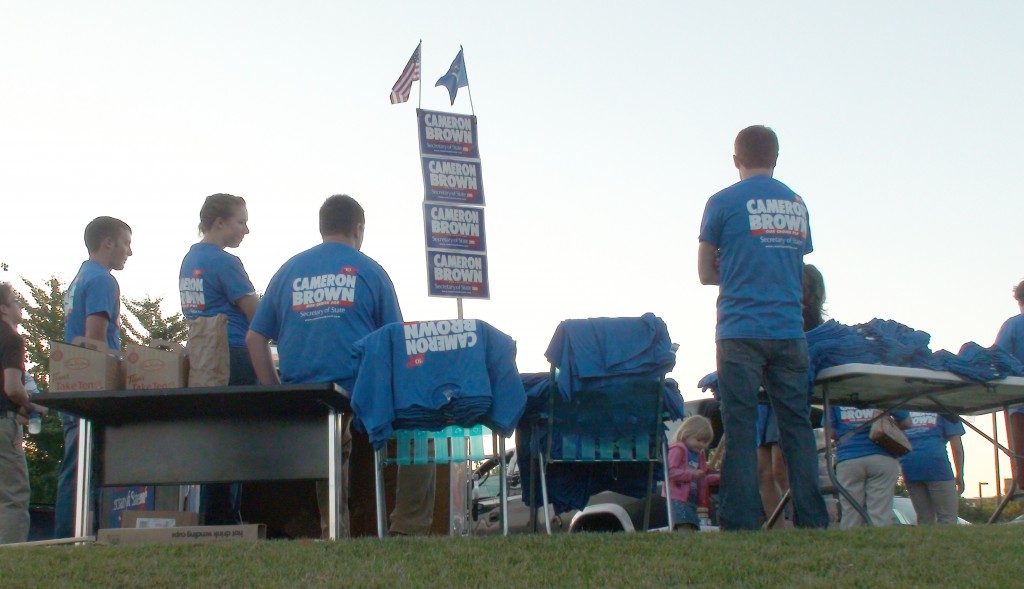 Signs were up along the pathways leading up to the building, and some campaigns were preparing for their floor marches in support of their candidates.

Which brings me to pause for a second, on how much effort is put forward by these candidates to secure the opportunity to serve Michigan’s citizenry.

To be sure, the efforts should not go un-noticed.

The inside of the Breslin Center was adorned with even more signs and political paraphernalia, and the halls filled with campaign tables and supporters milling about.  Before most of the attendees even had a chance to sit down, the seats looked like they had been occupied for hours already! 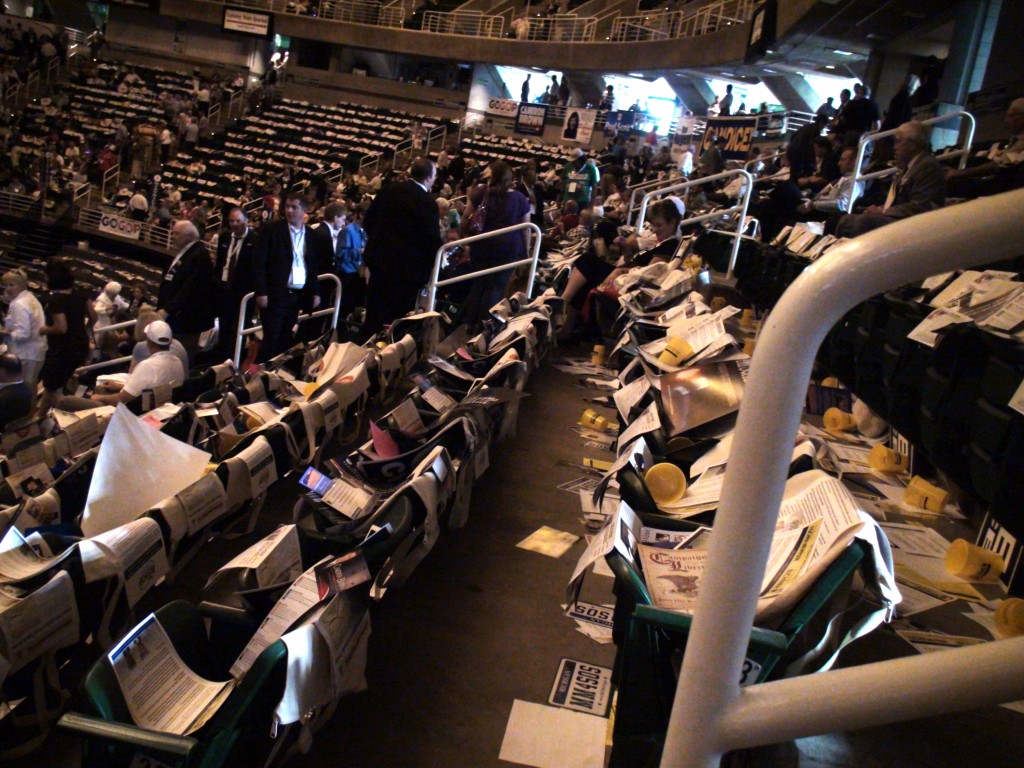 Indeed, the preparations for the affair included a double and triple dose of literature designed as a last minute pitch to encourage voting by the delegates in one way or another.

As the convention start time neared, it seemed strange that the seats were remaining curiously empty.  Apparently, there was a line of folks who arrived  at what might normally be an appropriate time, but found the credentials windows were too slow to handle the large influx.

To get the convention rolling, an “honor system” was instituted, and delegates were asked to seat themselves without credentials, and that they would be processed as the convention went on.  The seats then began to fill. 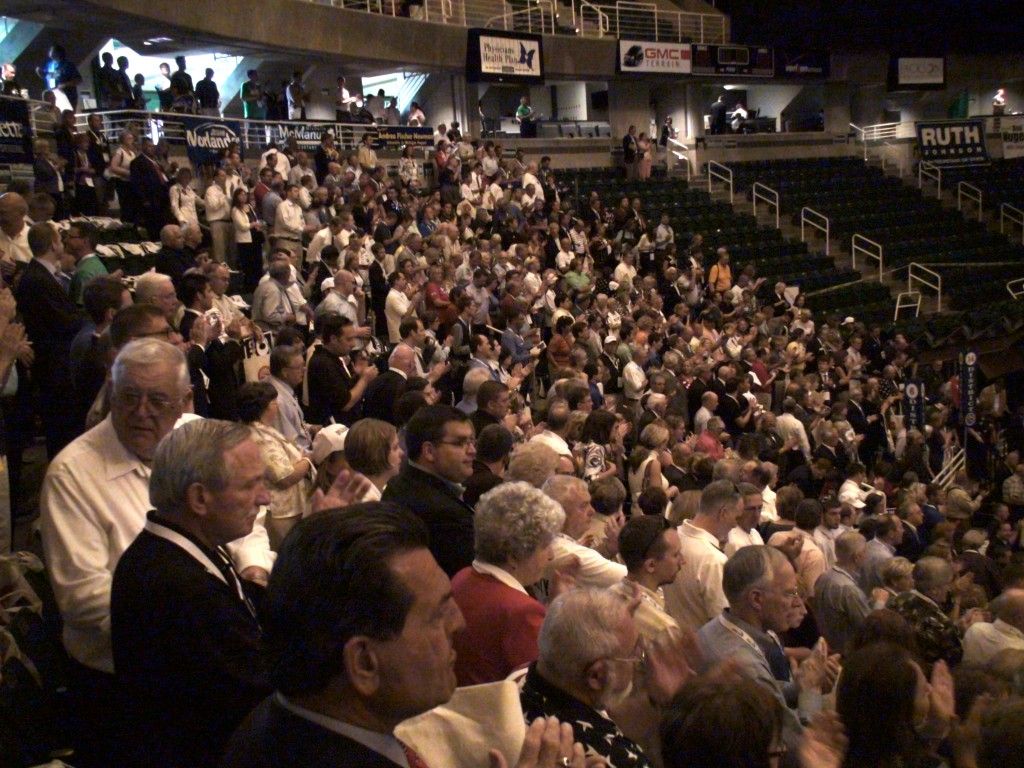 It didn’t take long..  This photo (on the right)  is of ONE side from my perch.  It was not hard to see that the interest in the political process has been renewed.

The process however, had its interesting moments.  There were challenges, unexpected nominations, and results that surprised a few.

I will go into some of those things a little more in depth either here or at RightMichigan.com later, but the encouraging things to take away from the convention are that some factions had wins, and some had losses.  The Republican party had a good influx of tea party enthusiasts, and their voice was heard.  The dialogue is changing, and the direction is moving back towards truer Republican ideals.   Some folks might get frustrated that all they wanted wasn’t achieved, but that is politics in a nutshell. 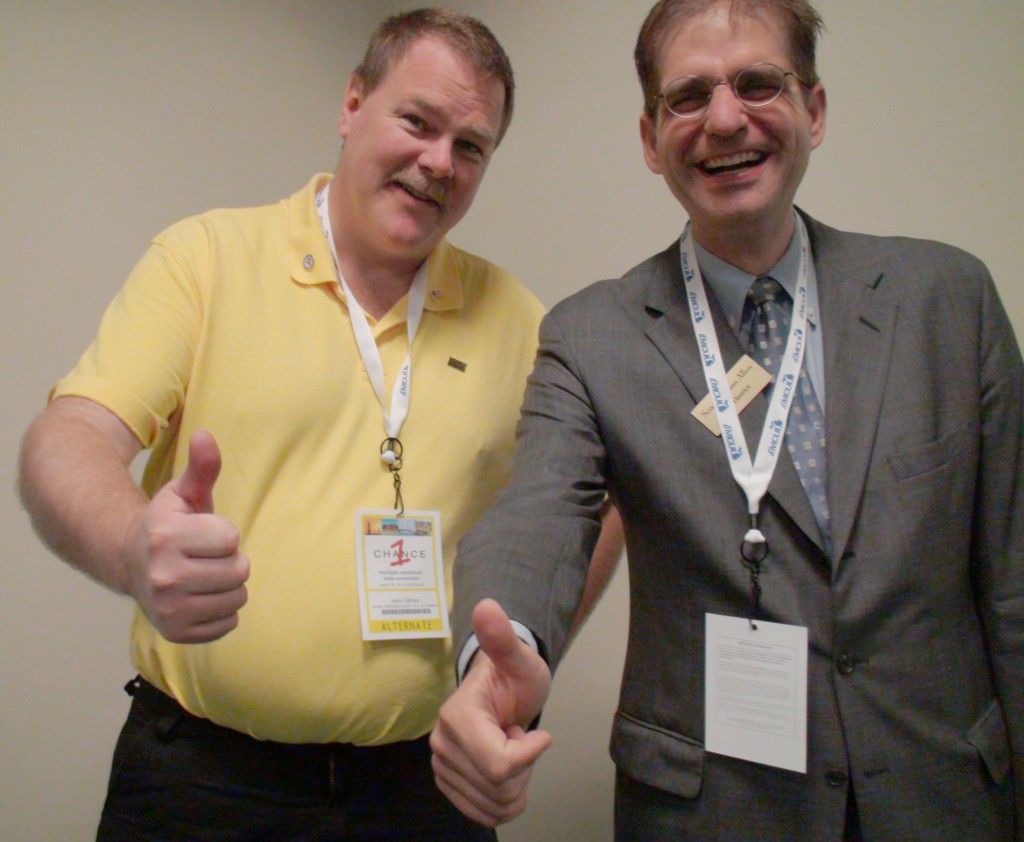 Politics that will always have someone not on the happy side of the fence.

I will leave you with this last picture of what we want as a message going forward. (ignore the funny looking guy on the left.  Its the thumbs up thing I am trying to put out there… )  Michigan has a new revitalized Republican Party.  It will stay so only as long as we encourage more participation, openness, and deliver a good message of true conservative underpinnings.

The party itself is not what brings positive change, but the people who are willing to work within the party to make it happen.  Being a part of it is just the start of it.