Its been a busy year.

In fact, between keeping the business afloat, deaths of family and friends, and personal political bids, its amazing I can even find the wherewithal to think, much less put those thoughts into readable and coherent text.  As a matter of priority however, the text finds its way to the top.  Hopefully as a time goes on, the big picture bears out the information flow’s importance and effect on our political landscape, and ultimately on our lives.

The truth shall set us free.  Deception however.. abounds.

As many of you know, the Fake Tea Party here in Michigan is a scam created by those who would prefer to stay in 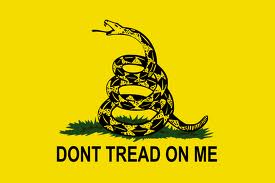 power, or achieve more of it.   It is [assumed to be] nothing more than an attempt by the Michigan Democrat party to steal from good and decent people the most valuable tool they have in keeping liberty.  Used as a tool to steal or nullify their vote.  Typical of the party with no conscience, ideas, or ethical foundation, it really came as no surprise when the formation of “the Tea Party” through a signature gathering effort began. 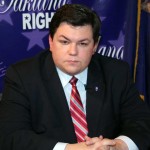 And as Chetly Zarko pointed out early on, Progressive Campaigns Inc., was running the signature effort.  PCI as he pointed out is frequently used by the lefties in their efforts:

“Progressive has been funded by Soros, the Michigan Democratic Party, and is most recently known for the crude attempt to re-game the Michigan Constitution for the Democratic Party in 2008 through the Reform Michigan Government Now petition, which also operated initially for its first several weeks as a “stealth petition” (a petition that does not go through the Board of Canvasser approval process before circulation, but rolls the dice and operates quietly as long as possible).  It took two months before the Michigan Democratic Party and Mark Brewer’s fingers were proven to be behind Progressive’s RMGN effort, but eventually the truth came out on that.  While it can’t be proven where Progressive is taking its marching orders from this year – the company’s history shouldn’t leave any doubt in what direction its comes from.  Their own client list contains a laundry list of SEIU, Humane Society of the US, George Soros…”

That alone was not the “smoking gun” needed to identify whom the culprits of this Tea Party signature effort however, and as none of the scattered tea party leaders across the state had ever seen the organizer of this effort, Mark Steffek, at a tea party or event, it was pretty clear he was getting marching orders from somewhere else.  Considering the cost (Over $100K) of such a petition drive, an unemployed laborer was not likely the person who would pony up for such a thing, especially having no interest in the tea party movement prior.

Of course such things have their timing.

Indeed, it would be expected that we would eventually find the culprits behind the effort to have a distractive party on the ballot in November, but of course the concern is the deceptive effort in the meanwhile would lure away enough good folks, to select the candidate under the Gadsden symbol (which was the chosen icon of this new party) and lose a few votes that MAY have gone to someone on the Republican side.    The trusting nature of traditionalists who externalize their personal morals, is seen as a weakness by the Democrats, and as one to exploit.  But “eventually” is not good enough to minimize that effect and discovery and exposure is critical by those on our side.

The Smoking gun discovery of connections to Democrats came with the release of the candidate slate. 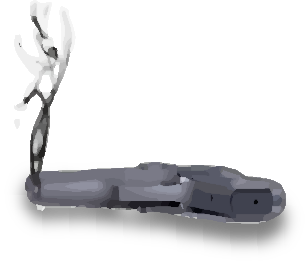 With the slate of 23 candidates given to the Bureau of Elections, researchers from the various tea party groups around the state put their best sleuthing skills to work.  Who were these candidates?  How long had they been a part of the political process?  What was their intention? How many tea parties had they attended?  All questions to be asked of those who filled the  roster provided by “The Tea Party” of Michigan from their July 24 “convention” in Saginaw.  Surely the release of the names might provide a better clue to whom this new and mysterious group might be sponsored by.

Google for the most part, played dead.

About 19 of the candidates had NO INTERNET FOOTPRINT.  Not a single thing that could nail them down as partisan, or with previous campaign histories, or even contributions made.  And upon unsuccessful attempts to contact the few that did have minor histories, I found little more to go on other than PACER records which showed two of the candidates with bankruptcies.   It was as if a number of them simply did not exist.  They were made up, fictional, only paper names.

So I contacted the Bureau of Elections, and as media was able to obtain the affidavits of identity for all of the candidates on the slate.  I was quite happy to discover that I was able to have better contact information with the provided phone numbers and address information.  Upon a quick glance at my new found informational wealth, I immediately noticed a couple of things:

That last point turned out to be the catalyst the investigation needed, as a campaign finance search showed Mr. Bauer with a $200 donation to Gary Peters, and being employed as the “OCDP Political director.”  OCDP being the Oakland County Democrat Party, and the very place where one might find a certain Mark Brewer, and or a SOS selection of the Democrat party, Jocelyn Benson kinda “hanging around.”

Make no mistake, bloggers are useful for digging up info, exposing corruption, underhandedness, etc., but ultimately for credibility, even the important unearthed truths must pass through established and credible sources.  In this case my go to was the Mackinac Center, and specifically Capitol Confidential.  Sharing this new found information was best served with a receptive ear, and it made its way to the public’s first sight with the Tom Gantert article on that site. Gantert was able to fill in the information provided with a little more checking, and the report took on a life of its own.

What followed was as expected when corruption or otherwise unethical behavior is discovered from within a political party.  Contact by WJR’s Frank Beckmann Show produced this Interview segment on the 29th of July, THEN.. The Detroit News did a little questioning of their own with Mike McGuiness, who, as all upstanding and morally sound lefties do when caught with their hands where they ought not be, tossed one of their own,  MR Bauer under the BUS. Not to be outdone by regional media, the Politico Chimed in on the national efforts that are eerily similar, with quotes from yours truly, and followed up with the popular FOXNEWS.COM and their own Gillman interview enhanced article..

That last article was apparently read aloud on the Glenn Beck Radio program.

That brings me to the last item in this developing story of misplaced ethical pursuits, the disease of deception, and the sunlight to disinfect.  All throughout this story’s growth in attention, I have done a bit of shameless self promotion.  I can tell you, its exciting to have phone calls from celebrities, interview requests, and national media attention.  I suppose its my hope that my other ideas are seen, considered, and adopted by others.  I, like many others want influence.

But should it be an ego boost to think something so simple as requesting the truth makes one more noticeable?

A little reality check right now is in order.  And to some degree it came in the form of what had been expected as the next step;  the “Beck Call.” 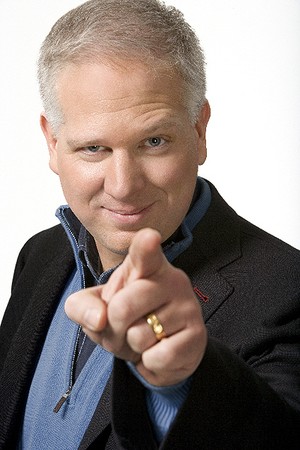 You know..  Glenn Beck.  Whether loved or hated, most will agree he is arguably one of the most notable TV and radio personalities in existence today.  So following his reading of the Fox Article on his radio program, it seemed logical to expect a call from the producers.  Within minutes of the reading the call DID come in.  The message on the answering machine referenced Beck, and the caller left a number to contact for the following day’s show.  I returned the call, and the man I spoke to, a Roy Fredricks said “too late for Wednesday, but we could do the Thursday segment.”

Wow.. Made the big time!

As a shameless self promoter, I wasted no time spreading the news to friends with calls, messages, facebook entries, etc.    Even while at the same time  something was nagging me..  something didn’t seem right.

He had never said “Talk with Glenn.”   In fact, something else someone had asked clicked then..  The time was an 8-9AM slot, and the Beck show starts at 9AM.

Roy Fredricks..  Apparently its HIS show, and though it is a syndicated program, he produces his own gig.  It might well be that he is a little left of the spectrum, as research (that I should have done earlier) shows he is a supporter of the fairness doctrine.   I should note the radio interview will go on as planned.. It could be interesting.

But I should apologize to my friends for not doing the research earlier, and getting a little more excited than maybe was warranted.  I want to in NO WAY mislead about the progress in getting this information out.