The Tea Party Express began its Roll through Michigan Thursday in Ironwood for an evening event.  The event was originally scheduled as a “whistle stop” and it was not expected they would be there very long.  Apparently over 500 folks arrived early, and the excitement was enough to have them unload and do the full show.  The Escanaba 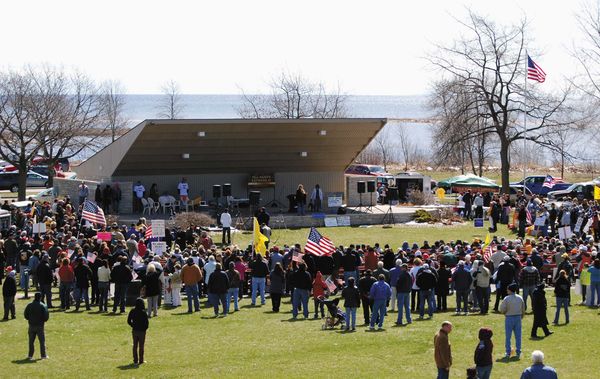 event With similar numbers showing up to the bandshell Yesterday and a slightly smaller group reported for the “Soo” last evening.

These events are pretty decent turnouts given the population count in the Upper Peninsula of Michigan.  The Tea Party Express continues to draw out the large crowds, and today’s events in Cheboygan, Petoskey, Traverse City, Big Rapids, Grand Rapids, and Lansing will likely prove no exception.

The Traverse City event alone is expected to draw over 2000.

That is where I will be.

And seeing the decision of Bart Stupak to step aside from the pressure  is adding a new chapter to the story as the express continues to “take a victory lap” around the rest of the state.