To a very real problem.

The worst part about it?  They HAD TO DO SOMETHING.

Indeed, the very worst part of the process which brought about the support of 70% of Arizonans, has been the complete failure of the US government to enforce laws already on the books, and properly secure the borders through proactive means.  So now, there is a possibility of  a new adverse relationship forming between the Hispanic populations, and law enforcement.

Indeed, the difficult decision of Arizona’s governor Jan Brewer, was to place the police in the uncomfortable position of having to ask for documentation more frequently.  A decision she must live with.

And was she right? Yes.

At least 70% of Arizonans thought so.. It is their state..  And they have lives being affected by the problem of a porous border the federal government refuses to properly secure.

I as a Michigander, can hardly claim to have enough perspective as someone who lives so near the southern border, and must endure the growing violence associated with illegals and border crossing gang activity.   But I  support the law, and hope it stands until the illegal immigration problem is once and for all addressed properly by our government.  But my primary support is for the state of Arizona and its courage to demonstrate sovereign authority to manage law enforcement within their borders as they see fit. 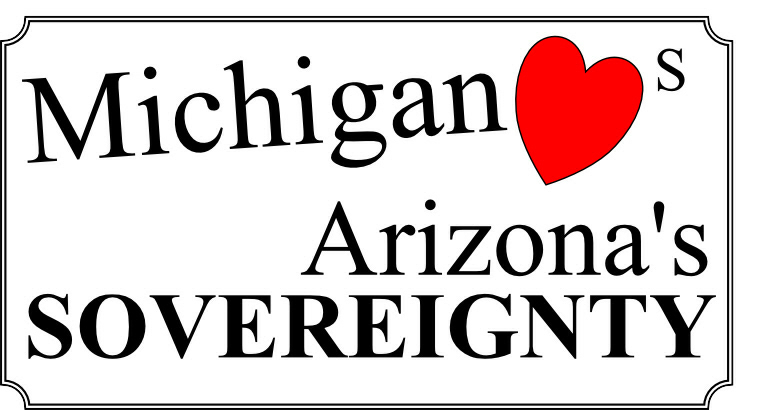 OK.. perhaps not all will appreciate in the same manner.. but I certainly do.

Hopefully, this can start a new conversation on how we can bring in more immigrants in a legal and safe manner, but strengthen the safeguards that keep the truly bad guys out.