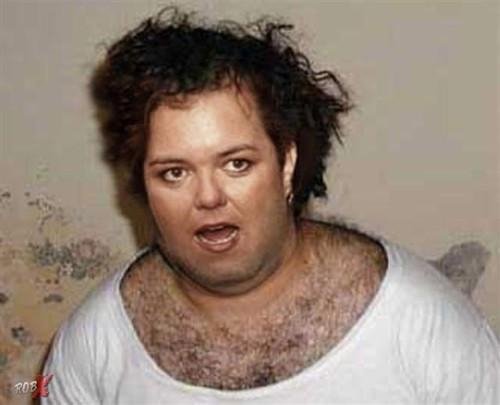 Well close enough.  Rosanne Barr will be here instead.

Apparently Rosie O’Donnel is busy dealing with waterboarding and wax.

How funny are they anyhow?

Well we KNOW how funny Michael Moore is.. and he is producing the event… sigh.. how far will Traverse City fall into the gutter before it realizes it is swimming with the rats?

Rosanne Barr of course made famous through her eating of three week old Cheetos in the original HBO special 20+ years ago stopped being funny around a year later grabbing her crotch and disrespecting the flag with a purposefully wretched rendition of the star spangled banner.

Rosie O’Donnell pictured here, and not any more hilarious either,  has really had nothing good to say about this country either..

Oh yeah.. if you really dig these guys.. here http://comedyartsfest.org/ It starts tomorrow.