The Petoskey Tea Party opened and closed with near perfect weather, a generally positive attitude, and a little twist at the end.

At about 1000 plus attending, the labor day weekend crowd didn’t carry as many signs, but clearly carried the attitude of government overstepping its bounds.  The number is unofficial, however having been to an earlier event in Petoskey about the same size, I arrived at this estimate.  I should note, that there were quite a few younger (teenage, young adult) members in the audience as well who apparently have motivated themselves to become more involved. 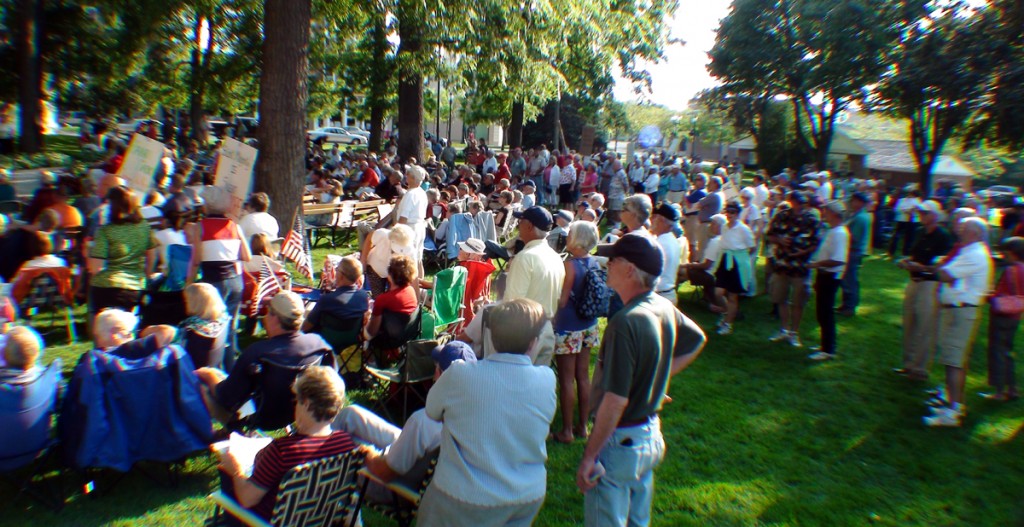 This photo was unfortunately the best I had, but shows part of the crowd early on. I hope to have videos ready before too long which during pans show more. Those videos include Speakers Ken Braun of the Mackinac Center, Former Michigan State Rep Fulton Sheen, Traverse City’s Trucker Randy (a Huckabee Spokesman from the 08 election cycle) Congressman Pete Hoekstra, and of course Samuel Joseph Wurzelbacher. (Joe the plumber.)

Upon hearing of the addition to the speaking line up of Pete Hoekstra, I was particularly curious what he would have to say outside of it being a stump speech for a governors bid which he has planned. As we have witnessed in other venues, tea party patrons have not been overly friendly to sitting legislators, even if they were Republicans. It was good to hear congressman Hoekstra talking about the impact that the Tea Party movement HAS HAD on efforts in congress. He suggested more folks go to the 912 rally in DC, as it DOES make a difference. Hoekstra also openly wondered about the President’s decision to address congress just a couple of days before the 912 event. He suggested it provided a better opportunity for the people’s rebuttal which would be far more effective than any Republican rebuttal. 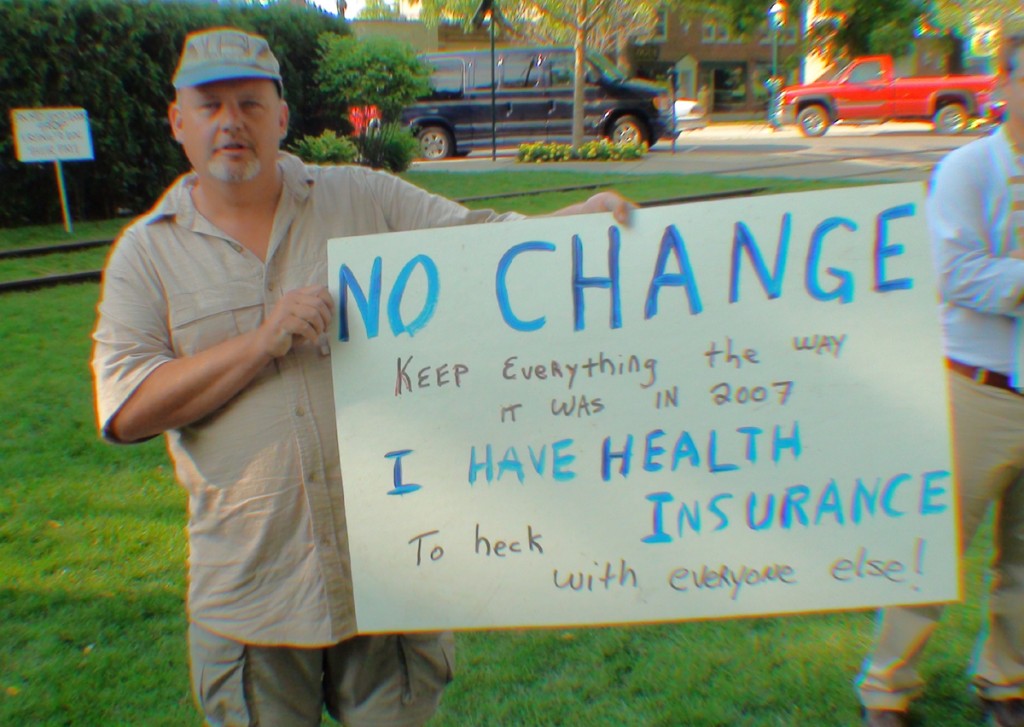 I don’t know for sure whether he was a plant or not. If not, perhaps he took a second look at the sign, and decided it wasn’t the message he was trying to send. If he was, he found out early, that his sign was not consistent with the message of the rest of the gathering, which generally is standing up against a government which has been over reaching on a broad range of issues and is likely in violation of the constitution directly, if not so in the spirit of the founder’s intent.

As a last footnote to the evening, there was a question-answer period for the speakers, which became a Pete Hoekstra town hall to some extent as he fielded 17 or the 20 questions as a sitting rep. There is a small amount of irony present when in these times where Bart Stupak will not attend such an event, a rep from outside the district winds up filling in Stupak’s constituents on the workings of government..

Tea Parties, some changing names to freedom events, liberty rallies, etc.. ARE making a difference folks. An amazing thing however, even given the curious lack of news coverage even on the local level where often a “driveway controversy” is a lead story, and 1000 person gathering in a small community is not. Way to go action news teams everywhere..