As General Motors faces impending bankruptcy, the federal government is unlikely to address the true problem which faces the former auto giant. Environmental extremism and legislative corruption and power seeking. 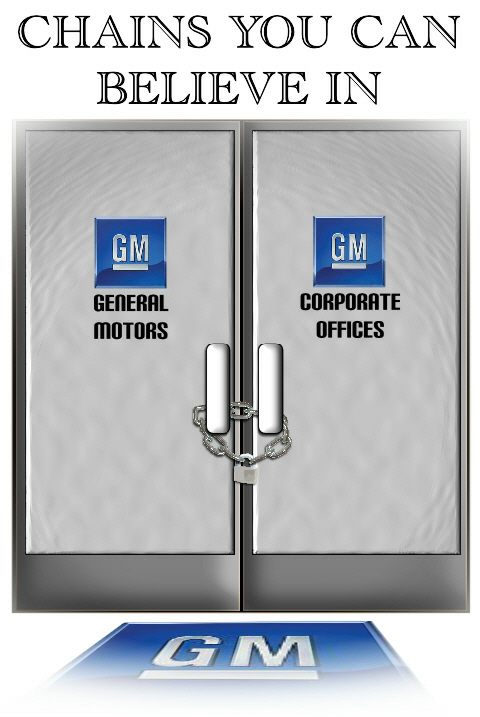 A glimpse into the near future?

Call it what it is. Green science is JUNK Science, and merely a tool for looters and usurpers of our liberties. Further, the political machine in place which keeps business from managing its own affairs without the influence of an oppressive government will continue on until becomes too much of a burden, and businesses disappear one by one. Will last rites for GM begin now?