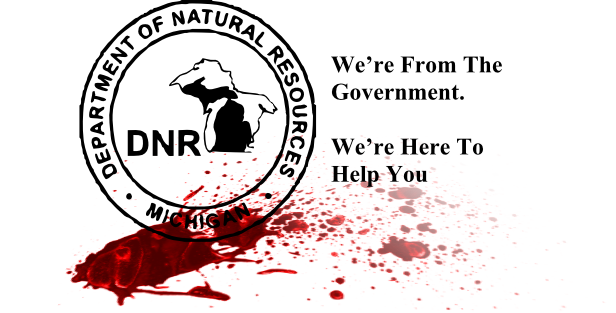 One of the townships made changes that allowed for “agri-tourism” type of activities that were presumably less restrictive than previous versions of the zoning proposals.  Restrictions however, on property size, and how much, as a percent of revenues, can be earned with certain activities in the locations covered under the zoning rule.

Wow.  Thank you for allowing me to earn a living on my smaller parcel.

By golly the wonderful planners on the zoning commission are allowing the use of 5 acres and larger to participate in such wonderful endeavors, only as long as they play by a certain plan.  All in the name of preserving farmland and wide open spaces.  Never you mind that 40 years ago, you didn’t need permission.

At what point in our country did we make the decision to ignore one of those three crucial tenets of our founding?

Life and liberty are next, but for those in power to get to those, we must first give up our right to those pursuits of property and ‘happiness’ as so described in a certain declaration.

Zoning is certainly one way to slowly cook the frog, but there is another that is rapidly coming to a head.

Now, smaller farms are literally being raided in Michigan as I type.  Not by federal agents looking for pot growing operations, but rather by our own Department of Natural Resources, the DNR, which is flexing its considerable goose stepping muscle and crushing the dreams and business enterprise of small farmers throughout the state.

And they are likely violating the 4th amendment to do it:

“The right of the people to be secure in their persons, houses, papers, and effects, against unreasonable searches and seizures, shall not be violated, and no Warrants shall issue, but upon probable cause, supported by Oath or affirmation, and particularly describing the place to be searched, and the persons or things to be seized.”

In fact, the 5th amendment speaks to this as well:

“No person shall be held to answer for a capital, or otherwise infamous crime, unless on a presentment or indictment of a Grand Jury, except in cases arising in the land or naval forces, or in the Militia, when in actual service in time of War or public danger; nor shall any person be subject for the same offense to be twice put in jeopardy of life or limb; nor shall be compelled in any criminal case to be a witness against himself, nor be deprived of life, liberty, or property, without due process of law; nor shall private property be taken for public use, without just compensation”

There is no due process.

There is nothing more than an edict.  Fiat deconstruction of a particular industry.  That of small farmers whom have built their lives around a particular commodity that an abusive bureaucracy now deems a public threat.

The questions remain: “What is it about the [contained] feral swine that threatens the public good in such a way that warrants such action.  What is it that compels an agency of Michigan’s executive branch to act so viciously and contrary to the interests of small farm owners?”

Large open spaces and large farming operations preserve those necessary biodiverse ‘corridors’ the proponents of Agenda 21 call for in order to maintain ‘sustainability.’  Small farms break up the rhythm of nature. And the more regulatory nightmares that small farmers must endure, the better, right?

Governor Snyder must be on board.  Its his prerogative to stop the rogue agency from disrupting small farm operations in this way.

It fits a pattern of behavior however.

He has been highly supportive of the property rights taking plans being crafted in my own region under the guise of sustainability; the “Grand Vision.” And in 2011, he vetoed a Republican driven ban on a measure that would have banned passage of new state regulations that are stricter than federal rules.

It was the only veto of the session.

Regulation is the way for Agenda 21 proponents/supporters.  Executive top down destruction of a way of life for many, and an unaccountable measure of control a few steps removed from properly enacted laws through legislation.  The similarities between oppressive zoning, and the tyrannical DNR efforts of late, simply drive home the reality that the beast is off the leash.

As a side note, the Michigan Animal Farmers Association had appealed for declaratory relief citing the rules for invasive designation:

Plaintiffs argue that the statutory requirements for listing species as prohibited pursuant to MCL 324.41302(3) are not satisfied in regard to the species listed by the ISO amendment. MCL 324.41302(3) provides in pertinent part:

(a) For a prohibited species, all of the following requirements are met:

(i) The organism is not native to this state.

(iii) One or more of the following apply:
(A) The organism has the potential to harm human health or to severely harm natural, agricultural, or silvicultural resources.
(B) Effective management or control techniques for the organism are not available.

Takings can happen in a number of ways.

We cede our rights too easily by allowing the executive theft of our property by regulatory mandates, and restrictions without so much as raising a finger.  Most folks in Michigan have not a clue as to how this might affect them personally.  In fact, why should they care if some poor “hick farmer” has to deal with the DNR over some stinky pigs anyhow?  Why should we give a rats ass if some small property owner cannot use his land to generate revenue and feed his family?

If it doesn’t matter to us or have immediate affect on our lives immediately and personally, too many of us are silent.  By the time they reach something that matters to us however, it will be the norm.  Settled by precedent.

And it will be someone else who could care even less about YOUR rights.