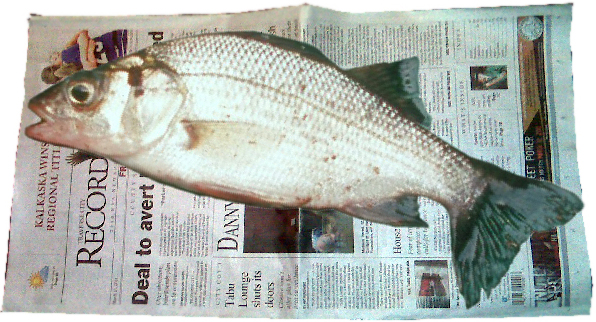 Clearly the Traverse City Record Eagle editors have “Gillman on the mind”.

Nearly a full month out from the last commission meeting attended, their editorial writers attack once more.

The Editorial: “Gillman’s rant shows his true colors” begins as a few others do; laced with hate, and front loaded with hyperbole:

As if using the word “interesting” alongside their claims of factual incorrectness or my perceived personal shortcomings allows them to escape the obvious slight to character from the start.  Certainly framing one as a crazy uncle, or blathering idiot, makes it easier to libel freely with barrels of ink in the following paragraphs.

The next paragraph in fact gives them the start of a ‘two-fer’.  Because a simple derogatory attack on one [former] public servant might seem targeted, they get to label both myself and those who agreed on a specific issue in simplistic pejorative terms that could only be logically attributed to an ongoing bias against all who are attacked:

“One of his last acts before (thankfully) leaving the board at the end of the year was to rally his weak-willed colleagues to reject Planned Parenthood’s application for a $12,000 grant from the Grand Traverse Band to pay for abstinence-based sex education in area schools.”

Oh my. And yet another chance to breath a sigh of relief in my departure from the board.

Of course what would the severe bias of the R-E editorialist be without a gratuitous assumption of what ‘conservatives’ think:

“For a lot of conservatives, teaching abstinence is the Holy Grail of sex education. They say that educating kids about their bodies and telling them how to avoid getting pregnant or catch a sexually transmitted disease, the staples of Planned Parenthood’s message, just encourages kids to have sex.

So why reject a grant to teach abstinence? Because, in the world according to Gillman (and a majority of the county board, apparently) Planned Parenthood is evil incarnate. “

Other than the fact they essentially are, (though during the interview which lasted all of 3 minutes, the term ‘evil incarnate’ was never used) there was no reason for the board to put its stamp of approval on the grant request that could be made elsewhere.  The actual quote; “The organization is designed to kill babies.  The nicer side of it is only there to mask its evil intent, and that is to kill babies” was pretty straight forward.

The organization WAS and IS designed to kill babies. Specific babies in fact.  Defective or particular races deemed ‘defective’ by its founder Margaret Sanger to be precise.  Her words are fairly clear, and remind us of the evil intent of PP’s design:

“Our failure to segregate morons who are increasing and multiplying … demonstrates our foolhardy and extravagant sentimentalism … [Philanthropists] encourage the healthier and more normal sections of the world to shoulder the burden of unthinking and indiscriminate fecundity of others; which brings with it, as I think the reader must agree, a dead weight of human waste. Instead of decreasing and aiming to eliminate the stocks that are most detrimental to the future of the race and the world, it tends to render them to a menacing degree dominant … We are paying for, and even submitting to, the dictates of an ever-increasing, unceasingly spawning class of human beings who never should have been born at all.”
— Margaret Sanger. The Pivot of Civilization , 1922. Chapter on “The Cruelty of Charity,” pages 116, 122, and 189. Swarthmore College Library
edition.

Sanger’s words should be enough to raise the hair on the nape of the neck of anyone who still carries their soul. And her lifetime of litanies continues:

“The third group [of society] are those irresponsible and reckless ones having little regard for the consequences of their acts, or whose religious scruples prevent their exercising control over their numbers. Many of this group are diseased, feeble-minded, and are of the pauper element dependent upon the normal and fit members of society for their support. There is no doubt in the minds of all thinking people that the procreation of this group should be stopped.”
— Margaret Sanger. Speech quoted in Birth Control: What It Is, How It Works, What It Will Do. The Proceedings of the First American Birth Control Conference . Held at the Hotel Plaza, New York City, November 11-12, 1921. Published by the Birth Control Review , Gothic Press, pages 172
and 174.

But wait! There is More!

“[Our objective is] unlimited sexual gratification without the burden of unwanted children … [Women must have the right] to live … to love … to be lazy … to be an unmarried mother … to create … to destroy … The marriage bed is the most degenerative influence in the social order … The most merciful thing that a family does to one of its infant members is to kill it.”
— Margaret Sanger (editor). The Woman Rebel , Volume I, Number 1. Reprinted in Woman and the New Race . New York: Brentanos Publishers, 1922.

And the Record Eagle has a problem with my voice calling out evil where I see it? THEY continue with their mission of [attempted] character assassination


“Gillman said he couldn’t support providing any type of aid to Planned Parenthood of West and Northern Michigan, regardless of the program, because “The organization is designed to kill babies.”

“The nicer side of it is only there to mask its evil intent. That is to kill babies.”  ..”

Jason knows better — that they’re evil and are willing to help preach abstinence just to cover up their actual intent.“

Yes. Actually I do, and the fact that they arrange abortion trips from the office here, discredits any discussion otherwise.  And frankly when one considers the Planned Parenthood admissions of killing nearly a MILLION unborn children nationwide in the last three years through brutal abortive procedures, my sharp tongue is rather dull as compared to the tools which they employ.

And the argument that the “local PP offices don’t perform abortions and ought not be considered” in the debate, easily falls flat.  Imagine the Record Eagle editors, or anyone in our community, remaining quiet upon an announcement of a Ku-Klux-Klan office opening in our region that purports to be a social club only.

In reality, the local Planned Parenthood office is an extension of the Planned Parenthood organization, and no less.  Its claim of no abortive procedures is masked as I had indicated by the trips out of town our young women must make to carry out their counseled missions. They even refer to it:

“More disappointing is that most of the sheep-like county board went along with him, even though it has passed along Planned Parenthood applications since at least 2009.”

Yet the county board is “sheep-like”.  Bravo.

But just to make sure there is no question that I am fully disqualified from logical and upright opinion, the editorialist harkens back to the day when another opinion was challenged.  Ultimately, THIS is where the obsession began, as the local homosexual interests were incensed that someone DARE speak politically incorrect, and have an opinion in opposition of their own:

“This is the same Jason Gillman who, in January of 2010, likened homosexuals to pedophiles and called same-sex relationships “a perversion.”

He also Tweeted a vulgar comment about the elimination of the U.S. military’s “don’t ask, don’t tell” policy, blogged about his opposition to Traverse City’s anti-discrimination ordinance and told the Record-Eagle that “Homosexuality is a perversion … but I don’t care what people do in their own bedroom.”

“I’m not hateful, but I have a right to my opinion,” Gillman said.”

Over sensitive much?  In fact, what is more offensive, the act or a brief snipe about the act?

The Editorial closes with its final swipe:

“And, apparently, his own facts. It is well documented that pedophilia, a term for an adult’s intense sexual interest in prepubescent children, is not linked to homosexuality.

Many people have conservative or liberal views about sex education or homosexuality but most don’t bend the facts or feel obligated to broadcast their beliefs to anyone within earshot.

At least taxpayers won’t have to pay to hear Gillman spout off anymore.

Though I will vigorously defend myself and my comments, I will not, and have not pursued the end of the ‘perversion’, and refer only to its existense as a choice that adults make.  The use of the subject of homosexuality by the Record Eagle is NOW an attempt to discredit my position on Planned Parenthood, though it had never affected my term of service, nor did it find room in any of the deliberative process.

My “spouting” has ceased on the board with no affect to their championed downtrodden of the gay community.

I end this reply to an unfortunate diatribe with a couple of definitions.  Their appropriate place can be implied easily.

rant [rant]
verb
1. to speak or declaim extravagantly or violently; talk in a wild or vehement way; rave: The demagogue ranted for hours.

I doubt that the editorialist responsible for today’s might feel any call to reveal whom they are, for it is far easier to attack from hidden places.  I wonder however, if the newspaper of record in seeing its continuing circulation declines recognizes the cancer behind that curtain and what might make it more vibrant and productive.

Perhaps a new organization might appear.  One we could call “Planned Publishing”