How do we treat each other?  When is it OK to bring up ideas in an elected body?  What venue should be more finite in its representation of electors than the next? And who decides what is appropriate, if not a simple majority?

The question of appropriateness arose early in the evening and continued as a theme by those who had opposition to the Freedom To Work resolution I had presented.  Whether we should be discussing such things that have principles attached as a foundation appears to be something the board has rarely faced in years past.  I have apparently challenged that status, and have drawn fire from those who feel the cheese has been moved on them.

One person who was there remarked in an email today:

I attended my first council meeting last night and was horrified at Mr. Gillman’s behavior/conduct. Mr. Gillman’s response to Mr. Richardson’s remarks was extremely disrespectful. His posturing was that of a bully and has no place on the GT board of county commissioners. In my opinion Mr. Gillman’s conduct was disorderly.

Mr. Gillman said that voters needed him to bring their message to the state. On the contrary, voters have their own voice. They have access to their elected officials through email, phone, fax, etc. They do not need Mr. Gillman attempting to take away one of their core democratic rights. It became obvious to me that the issue of unions vs. “right to work” was Mr. Gillman’s agenda.

County commissioners were not elected to make decisions on Employer/Employee relationships (unions vs. “right to work”). I applaud those of you who understood this and took the appropriate action. This is an issue that will be decided at the state level (if at all) and has no relevance or germane at the county level. The 4-3 vote that decided the county board meeting was an appropriate venue to discuss this issue should be repealed on the basis that this issue is NOT relevant and does NOT have a significant connection to our county government.

Aside from the question of appropriateness, she of course had to buffer her argument with an (in my view) overstated argument that I was rude to a fellow commissioner.  THAT exchange resulting from a disrespectful remark thrown by the commissioner at me personally versus at the issue at hand.

I can handle myself just fine. And so could that particular commissioner. Its not as if he hasn’t been rude or seen rudeness before. Fair play right?

[name removed], Thank you for your email.

I am sorry that you didn’t enjoy your first county commission meeting.  Reciprocal exchanges and debate often happen, and certainly the heated issue at hand brought out more than what is normally the fare of the public health and safety committee venue.

I will respectfully disagree with your assessment that this type of exchange has no place in the county business.  Policy is why people are elected.  If it was only the mechanics of operating county government, then we have more than competent administration personnel and a well qualified workforce.

This issue itself excites many to action.  Is it my agenda?  It was certainly placed on the agenda by me, and has support (as shown) by the community at large, and by members on the board even in the face of some who disagree with it. I suppose those who oppose such reform of labor law have their own agenda, so those words meet an equal and opposite reality.

That alone does not make it an issue that should not be discussed in the commission chambers.  And we HAVE discussed issues of a political nature in the past regarding resolutions and what some commissioners might stand for.  Other issues should be expected to arise from time to time.

If I decide to run for another term, I will likely put my ideas forward as I did in the last election to overcome a primary challenger, then again the opposite party member in November.  If the voters disagree with my opinions they will not choose to support my candidacy, and I will have more time on my hands.

No doubt you have an idea of what is right and appropriate as well.  In fact I would encourage you to file and run.  A few signatures of qualified voters to get on the ballot or $100.

There is little more that is as rewarding than going door to door, and learning about the county, and what folks are doing or think about government.  I must say, it became more fun than work.  Door knocking is very revealing.  Some neighborhoods quite different than others.

I simply disagreed with his agenda and ideas , as he does my own.

Feeling no need to get testy.  She has a right to her opinion, and I had my own. Fair is fair, indeed.

Apparently being treated with deserved respect is not enough.  I am not certain what answer one would expect in such circumstances, but I thought my response was sufficient to put the matter to rest, at least at a “we will disagree” state.  She replied:

Mr. Gillman,
This is in response to your email.  Be careful not to confuse a few vocal people with “support by the community at large.”  Loud voices do not necessarily equate to a majority.

The county’s policies should have no bearing on  Employee/Employer relationships.

Remember, those with opposing points of view to you/labor laws were not the ones who brought this issue to the council. They seemed to know it was not a proper venue.

Again, issues like right to work vs. unions are not relevant or germane to county government, regardless of which side the audience supports.  It is the responsibility of county commissioners to incorporate  relevant and germane issues into the agenda that is to be presented to the community. 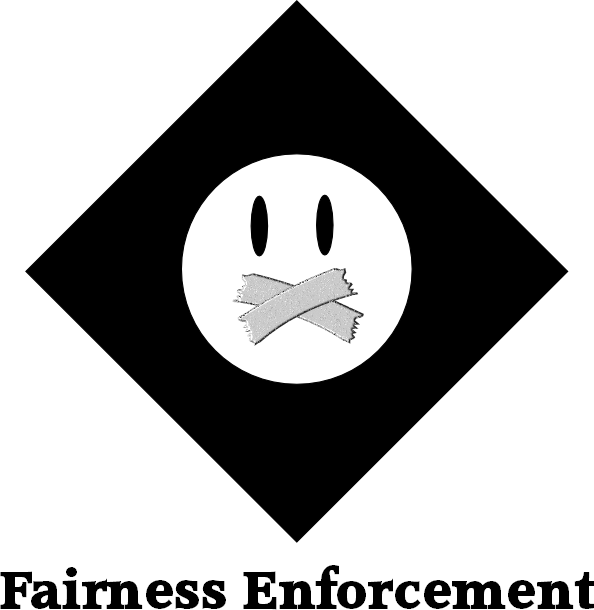 Actually I find it interesting that the very same folks who cry about how conservatives, or Republicans don’t like “democracy” based on the forced unionization they consider to be such, is that they cannot themselves handle the voting outcome by the board with a majority.  What is good for thee and not for me, often exhibited by those who consider themselves above consequence and results is too prevalent IMO.

Not surprisingly, the same consideration of my own defense being rude by this writer is ignored because her side could not be wrong no matter the vote, thus no vote applies to her.

Similarly, the immature reactions to the simple statistics that I was mentioning belies the entire behavioral mindset of those who cannot accept simple discourse, or the resultant decision making based on logical and conclusive analysis.  A persistent heckling throughout the session, added to eye rolling and general disrespect for the venue itself  continued. And it wasn’t from those who arrived in support of the resolution.

And I had seen it before.

What is good for thee and not for me.

That man, who attacked my son for merely videotaping the union event in Lansing, a union service organizer, and all around thug would be first to cry foul if someone would so much as look at him crosseyed.  The level of intimidation perceived by such personalities as a right becomes hostile and manifest itself in many ways.

Some of those ways I had seen by some who were present in the meeting.

I do maintain that all have a right to be heard. Period.

I also maintain that the rules some insist on using as a hammer in arguments ought to at least be observed to a modest degree.

To those who did, thank you.