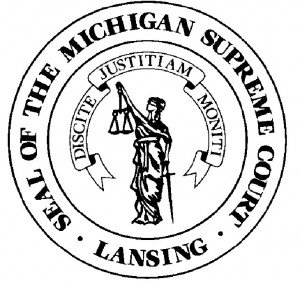 MIDLAND — In a unanimous order yesterday, the Michigan Supreme Court remanded the day care unionization case Loar v. DHS to the Michigan Court of Appeals for an explanation of its rejection of the lawsuit, which claims that the unionization of Michigan’s home-based day care providers as “public employees” is unconstitutional. The lawsuit, filed by the nonprofit Mackinac Center Legal Foundation on behalf of three independent Michigan day care providers, was rejected on Dec. 30, 2009, by the Court of Appeals in a terse, six-word decision.

Patrick J. Wright, director of the MCLF and the plaintiffs’ attorney in the case, says:

“We’re extremely pleased by the state Supreme Court’s ruling.  We believe that when the Court of Appeals attempts to explain its ruling in depth, it will have a hard time holding that the forced unionization of these private day care business owners and contractors is legal. The Michigan Constitution provides no justification for the actions of the Granholm administration in this case.”

In the lawsuit, plaintiffs Sherry Loar, Michelle Berry and Paulette Silverson requested that the Court of Appeals issue a “writ of mandamus” instructing the Michigan Department of Human Services to stop withholding so-called “union dues” from government child care subsidies sent to them and approximately 40,000 other home-based day care providers on behalf of low-income parents. The money withheld by the DHS — estimated at more than $2 million annually — is eventually forwarded to Child Care Providers Together Michigan, a union formed by the United Auto Workers and the American Federation of State, County and Municipal Employees.

“The idea that the government can unionize day care providers as public employees because they happen to serve some recipients of government aid should trouble all of us, since it would mean the government could unionize doctors, landlords, grocers and virtually the entire private economy.  But the problem here is even more basic. Under the Michigan Constitution, only the Legislature can pronounce a group of workers to be public employees, and that never happened with home-based day care providers.”

Loar v. DHS was filed exactly one year ago today. The Court of Appeals faces no immediate deadline to respond to the Michigan Supreme Court’s order, but the order implies that the Court of Appeals must clarify whether its previous rejection of the lawsuit was based on technical grounds or on the merits of the constitutional claim.

The unionization is also being challenged in federal court in a proposed class-action lawsuit filed by the National Right to Work Legal Defense Foundation. In July, a federal judge refused to dismiss the case, which is now in the early stages of litigation.