We aren’t through. You have a few more days to add your own politically based acronyms. Did I mention FREE STUFF? Yeah, its a marketing tool. My REAL life is calling. We have people who work in our office, collect a paycheck, and sales are indeed down a bit. Advertising is always a part of sales, and I have already seen some hits come through from here. 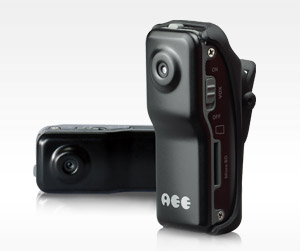 We are doing well enough considering I suppose. Michigan sales numbers are down, surprisingly however, I have had a bit of an upturn in Detroit.. well.. Actually the outskirts of Detroit.. its a shame in a way that our little warehouse does better for certain areas when those areas are hardest hit. Security has no specific time to be best implemented, but the consciousness goes up when people are trying to protect what little they have left I suppose. And in Detroit, and the surrounding areas, there isn’t a whole lot left.

Detroit, once an anchor of prosperity, is now an anchor ON prosperity for Michigan. Partly the fault of leadership within the city proper, partly the fault of the state government. There is plenty of responsibility to go around for the destruction of a city that has in the past proudly held itself as worthy of tourism, had a strong manufacturing base, and was quite inviting with a cultural and artistic heritage. The “blame” needs to be recognized, as it rises from the lowliest city council seat, all the way up the federal level, where members of congress choose to side with anti business forces and faulty science.

Ultimately, ALL is the fault of faulty ideological disposition by elected leadership. And for those of you who do not yet have a clue which side of the rails that particular ideology lay, here is a clue.. The Republican party is not in power in power in Detroit, Congress or the Executive office in Michigan.

Does this excuse the Republicans? Perhaps not entirely, as they have unfortunately capitulated on so many issues it is sometimes for many folks hard to tell the difference. However, the ideology itself is the real culprit.

On this blog and a couple others in the coming weeks, I am going to try to focus on the illogical actions of the leftist liberal mindset, and the damaging effects it has had on the very strengths Michigan had historically held. Some will be cross posted, some will be referenced. All will make sense. (I hope)

In the mean time.. Only a couple takers so far for the free Acronym prizes means those whom have submitted already have a better chance.. Feel free to jump in! The contest ends at the end of the month!