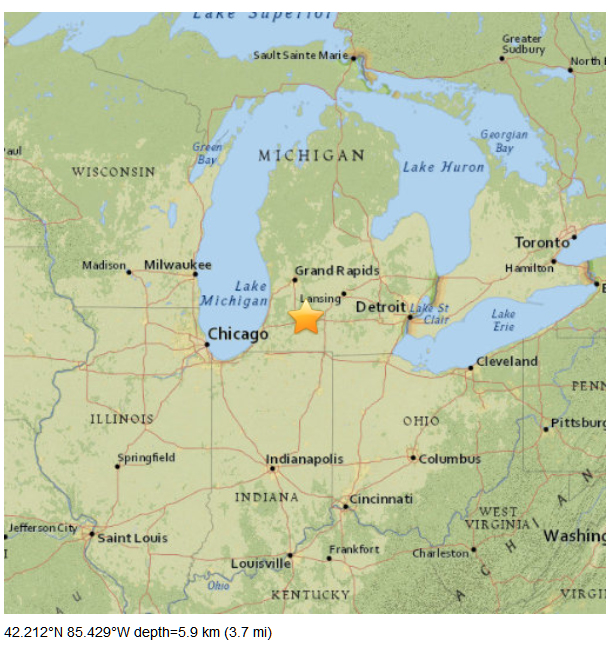 Safe Roads Yes has reached a point of desperation in its failing effort of selling higher taxes, that has driven it to geological interference.

What better way to sell the bad roads deal in the eleventh hour than to mastermind a natural disaster that only James Bond villains and Dr Evil would dream up. Michigan is now getting its roads pulverized by earthquakes!

The epicenter is 5Mi South of Galesburg.

The Earthquake event happened at 12:23 PM and reports of effect extend from Kalamazoo all the way to Midland.

And of course we know it wasn’t really Safe Roads Yes, but rather ‘Fracking’ that caused this. Yuuup.