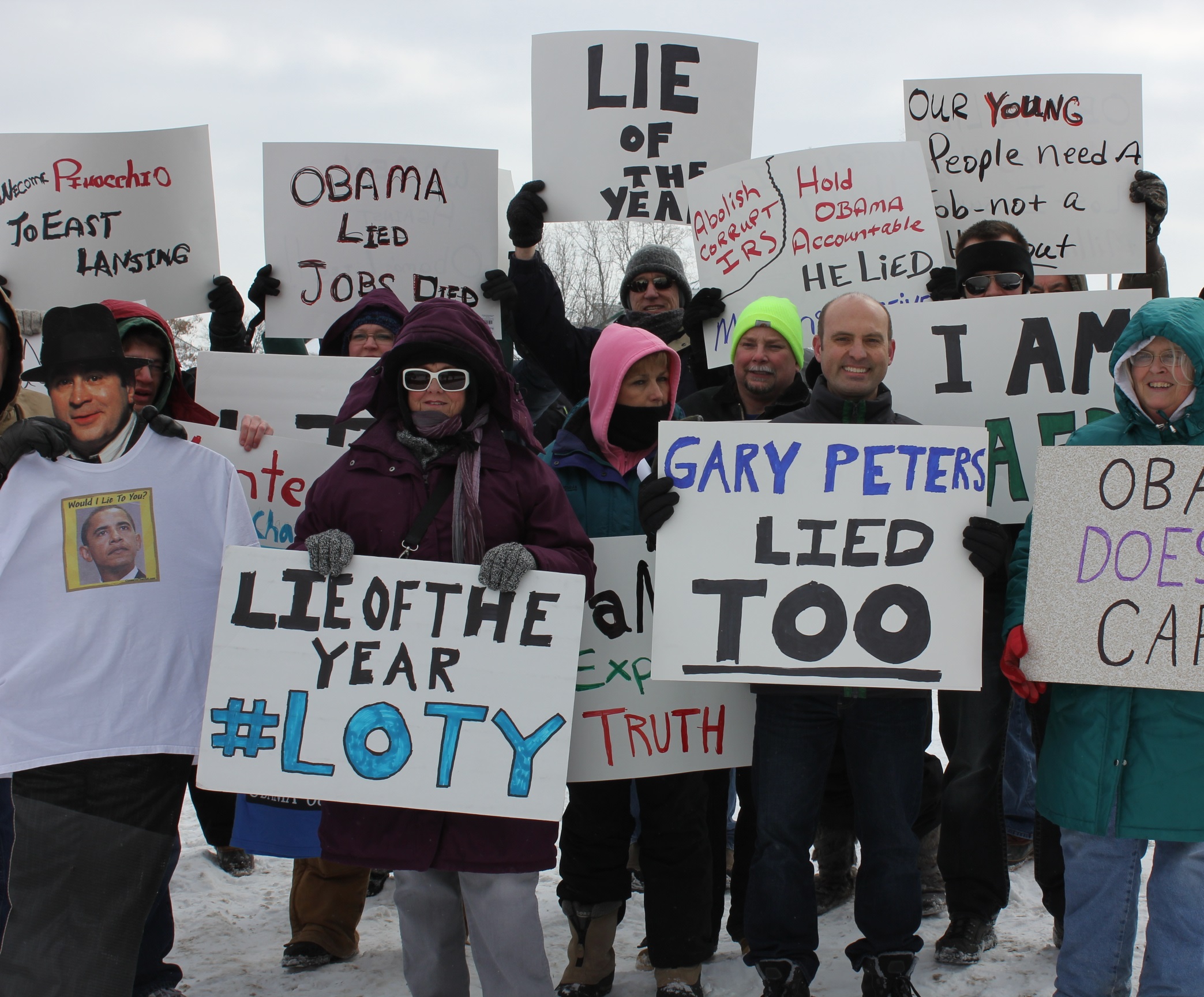 LANSING — Activists from the Michigan chapter of Americans for Prosperity turned out in force on Friday to protest President Obama’s big-government policies during his visit to sign the farm bill. Activists refused to allow the President to pivot away from ObamaCare, wielding signs that highlighted his “Lie of the Year” and the failures of the law.

“The President may be trying to change the conversation, but our activists are committed to holding policymakers accountable for a law that is hurting millions of Michigan citizens. The consequences of his ‘signature achievement’ continue to pile up– lost productivity, fewer hours, cancelled insurance plans, skyrocketing health care costs, and broken promises. We rallied to remind the public that President Obama and Rep. Gary Peters told the ‘Lie of the Year’ to America and need to be held accountable.” 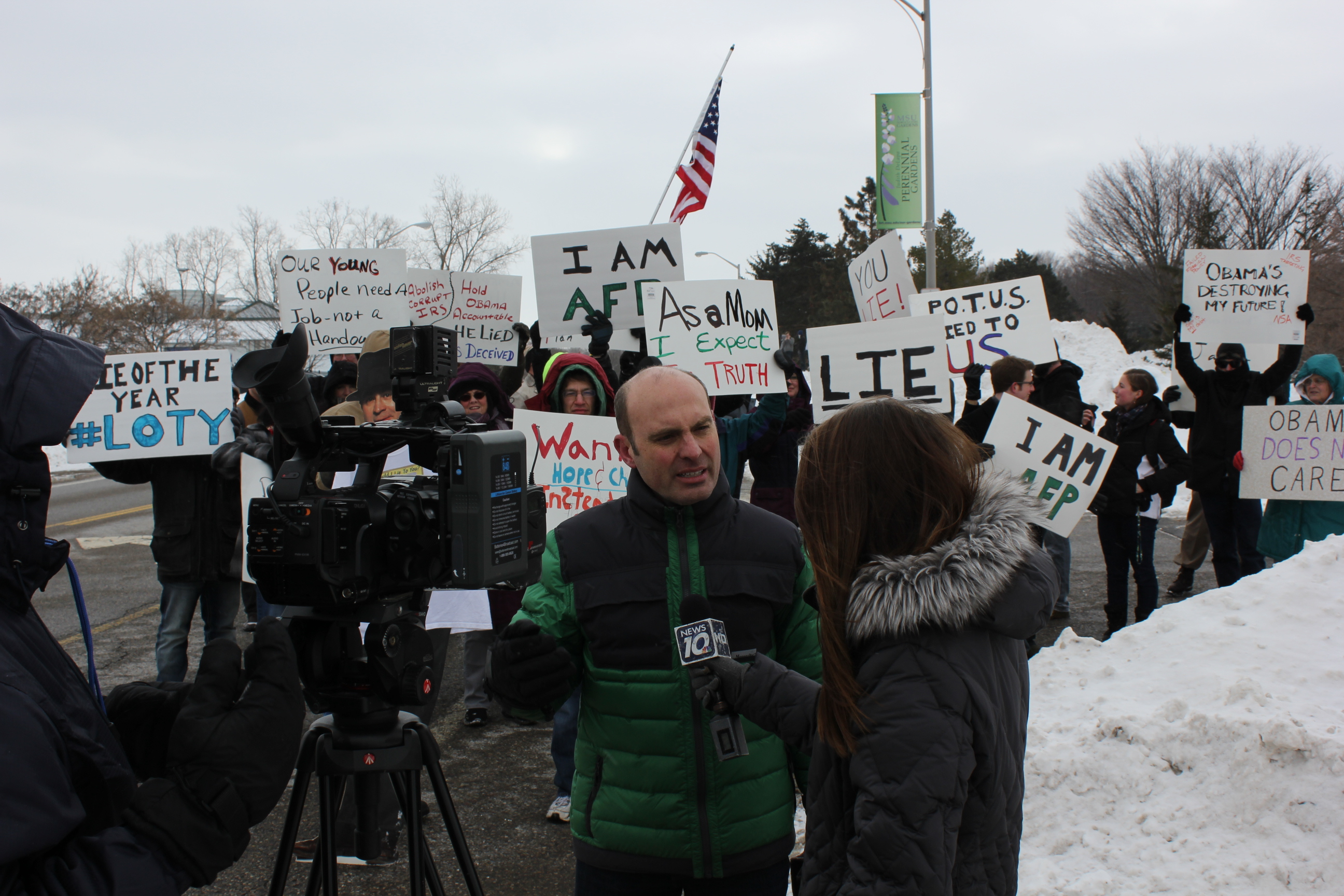 The signs have changed to reflect the President’s continual prevarication, but the damage being done by what is poor policy or a seeming desire to destroy America is clear.

Thank you to those who made the effort to get out Friday to remind the liar in chief that he is destroying our country.