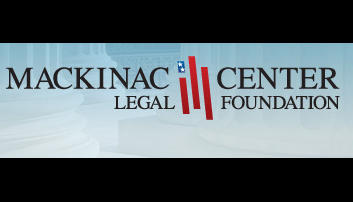 MIDLAND — The Mackinac Center Legal Foundation has filed an amicus brief at the U.S. Supreme Court in a case involving a forced unionization scheme in Illinois. The MCLF, along with The Cato Institute and the National Federation of Independent Business, also filed an amicus brief in the matter on Jan. 4, 2012, requesting that the Supreme Court hear the case. Oral arguments are scheduled to begin Jan. 21, 2014.

Harris v. Quinn was originally filed by the National Right to Work Legal Defense Foundation on behalf of several thousand home-based caregivers in Illinois who were shanghaied into a public union because a portion of their income was derived from public dollars.

“In our brief we trace the history of efforts to organize these kinds of workers,” said Michael J. Reitz, Mackinac Center executive vice president and co-author of the brief. “The First Amendment clearly gives people the freedom of association, which also means the right not to associate with those whose views you find objectionable.”

Patrick J. Wright, MCLF executive director and co-author of the brief, said the stealth unionization issue in Illinois is very similar to the one home-based caregivers here in Michigan faced.

“This is not an isolated incident. It’s occurred not only in Michigan and Illinois, but also in California, Oregon, Washington, Massachusetts, Missouri, Connecticut, Vermont and Maryland,” Wright said. “We’re asking the Supreme Court to make it clear that forcing people into a public-sector union against their will simply because a portion of their income is derived from public dollars is unconstitutional.”

Home-based caregivers in Michigan saw the SEIU skim more than $34 million in “dues” from Medicaid checks meant to help our most vulnerable residents until the scheme came to an end last March. The SEIU also attempted to enshrine its stealth unionization in the Michigan Constitution through Proposal 4 on last November’s ballot, but voters defeated it by 14 percentage points. The SEIU is now under investigation for its role in the ballot measure.

Wright pointed out that if such schemes are allowed to exist, several other groups could be vulnerable to forced unionization.

“If the unions can get away with this, then who can’t they unionize? Doctors who accept Medicaid or Medicare? Grocers who accept food stamps? It’s preposterous that a private person could be forced into a public-sector union against their will just because their client receives government aid.”

The Mackinac Center for Public Policy is a research and educational institute headquartered in Midland, Mich. The largest state-based free-market think tank in the country celebrates its 25th anniversary this year.