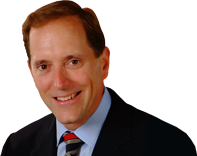 Dave Camp, chair of the House Ways and Means has published a list of reasons why Obamacare should be repealed.

After $1 trillion in new taxes and more than $2 trillion in new spending, three years later the Democrats’ law has failed to deliver on the promise of affordable health care for Americans.

Instead, American families and businesses are facing the tough and costly realities of ObamaCare: higher health insurance premiums, the loss of the health plan you have and like, lower wages, and less hiring and business expansion.  Now, on the eve of the 37th vote in the House to repeal all or some of the failed health care law, here are 37 real life reminders of why ObamaCare should be repealed.

Individuals and Families Will Pay More for Health Care

2. The American Society of Actuaries estimates a 32 percent increase in the cost of covering people in the individual market as a result of ObamaCare.

4. “Maryland health insurers … said they will need to charge more for health insurance to compensate for new risk and additional requirements under the federal Affordable Care Act.  CareFirst BlueCross BlueShield, for example, has proposed a 25 percent rate increase to many of its plans in the individual and small group markets.  In the company’s filing, CareFirst — the region’s largest insurer — attributes the increase largely to new rules under the Affordable Care Act.”

5. A report by the House Energy and Commerce Committee reveals “consumers purchasing health insurance on the individual market may face premium increases of nearly 100 percent on average, with potential highs eclipsing 400 percent.”

6. The same report shows “small businesses can expect average premium increases in the small group market of up to 50 percent, with potential highs over 100 percent.”

7. Insurers agree.  According to one industry executive, “We’re going to see some markets go up by as much as 100%.” (Mark Bertolini, CEO, Aetna)

8. “We estimate that almost 80 percent of those ages 21 to 29 with incomes greater than 138 percent of FPL [Federal Poverty Level] who are enrolled in nongroup single coverage can expect to pay more out of pocket for coverage than they pay today – even after accounting for premium assistance.” (Oliver Wyman consultants)

9. Beginning in 2014, Americans buying coverage on their own or as an employee of a small business – whether inside or outside the Exchange – will be forced to pay a “user fee” totaling 3.5 percent of the monthly premium to fund the bureaucratic operations of the government-run federal Exchange.

10. According to a recent report/survey, 70 percent of small businesses cite ObamaCare as a major obstacle to job creation.

11. USA Today and the Wall Street Journal have reported that many businesses plan to bring on more part-time workers next year, trim the hours of full-time employees or curtail hiring because of the new health care law.

12. According to a study by the Hudson Institute, in the franchise industry alone, ObamaCare’s employer mandate puts up to 3.2 million jobs at risk.

14. According to the Congressional Budget Office (CBO), the amount of workers in the labor force will be reduced by 800,000 in 2021 as a result of the Democrats’ health care law.

15. Regal Cinemas, the largest theatre circuit in the United States, announced they would be cutting the hours of thousands of employees as a result of ObamaCare.

16. The Wall Street Journal reported, “Several restaurants, hotels and retailers have started or are preparing to limit schedules of hourly workers to below 30 hours a week….  CKE Restaurants Inc., parent of the Carl’s Jr. and Hardee’s burger chains, began two months ago to hire part-time workers to replace full-time employees who left….  Home retailer Anna’s Linens Inc., is considering cutting hours for some full-time employees to avoid the insurance mandate if the health-care law isn’t repealed….”

17. From the New York Times:  “There is another reason to believe that part-time employment will stay higher for longer, namely the incentives to employ part-time workers created by Obama’s health care reforms.”  (Paul Dales, senior United States economist for Capital Economics)

18. The ADP payroll survey shows U.S. companies added just 119,000 jobs in April, the fewest in seven months.  According to AP, “New requirements under President Barack Obama’s health care law may be prompting some small and mid-size companies to hold back on hiring.”

19.  In April, the city of Dearborn, Michigan announced it will cut hours of part-time and seasonal workers because of ObamaCare.

20. Citing added costs and the competitive disadvantage ObamaCare puts larger companies at, The United Union of Roofers, Waterproofers and Allied Workers has withdrawn its public support for ObamaCare and now favors its repeal.

21. “To date, employers are still missing key pieces of guidance needed to construct their systems, make plan design changes and communicate with their employees…the delay in issuing the regulations pertaining to the notice and reporting requirements is becoming increasingly untenable for employers.” (Employers for Flexibility in Health Care Coalition Comment letter to the Treasury Department, March 15, 2013)

You Can’t Keep the Health Plan You Have and Like

22. The State of Washington is considering a plan that “threatens to affect the federal budget and the pocketbooks of some part-time workers, as it would push a group of employees out of their current health care plans and into an exchange developed under the Affordable Care Act.”

23. Based on two separate analyses provided by CBO and Deloitte, as many as 20 million to 65 million Americans might lose their employer-sponsored health insurance as a result of the Democrats’ health care law.

24. Secretary Sebelius has admitted up to 24 million Americans will lose the coverage they currently have and like.

25. The Wall Street Journalreported that annual premium increases and costs associated with the law, including a $65 per person coverage fee set to take effect beginning in 2014, are driving, and will continue to drive, up the cost of care and make it prohibitive to continue offering health coverage.  A result of such cost pressures is that employers are being forced to discontinue the offering of spousal coverage in employer health plans.

26. ObamaCare contains $308 billion in cuts to the Medicare Advantage (MA) program, which the Medicare Trustees originally predicted could cut enrollment in MA in half by 2017.

27. Approximately nine-in-ten seniors with retiree benefits will lose their retiree prescription drug coverage through their employer under the Democrats’ health care law.

ObamaCare Is a Burden on American Families and Employers

28. Estimates from CBO and the Joint Committee on Taxation (JCT) confirm that the Democrats’ health law is a one trillion dollar tax hike on families and employers.

29. The law contains 21 tax hikes, and more than half of those fall on the backs of Americans earning less than $200,000 per year for singles and $250,000 per year for married couples – a clear violation of the President’s pledge to avoid tax hikes on low- and middle-income taxpayers.

30. According to the Obama Administration’s own estimates, ObamaCare will require American job creators, families, and health care providers to spend over 190 million hours per year on compliance.

31. The employer mandate penalty raises significantly the cost of hiring lower-skill workers, because the penalty is a higher proportion of their compensation than for high-skill workers.  Industries that have traditionally offered the greatest opportunities to entry-level workers – leisure and hospitality and restaurants – will be particularly hard-hit by the new law.

ObamaCare Is a Train Wreck

32. At a time when the IRS’s credibility is in serious question, the Obama Administration says it needs to hire an additional 2,000 IRS agents to implement functions related to ObamaCare.

33. Henry Chao, a Centers for Medicare and Medicaid Services official, oversees the technology for the Exchanges and has downgraded his expectations for ObamaCare saying he just wants to “make sure it’s not a third-world experience.”

36. The same poll showed that more than half of Americans “say they do not have enough information about the Affordable Care Act to understand how it will affect them.”

It Didn’t Have to be This Way

37. The House GOP alternative to the Democrats’ health care law was the only legislation that met the top health care priority of American families – lowering the cost of health insurance premiums.

So lets see it de-funded and repealed by default.