~ In cronyism part I, the connection between government and business interests was discussed, with focus on state and federal tax dollars being used to pick winners, or at the very least recipients of government largesse. This continues the discussion on a more local level, yet ought to touch anywhere there is a school district. ~

The election was two weeks ago. 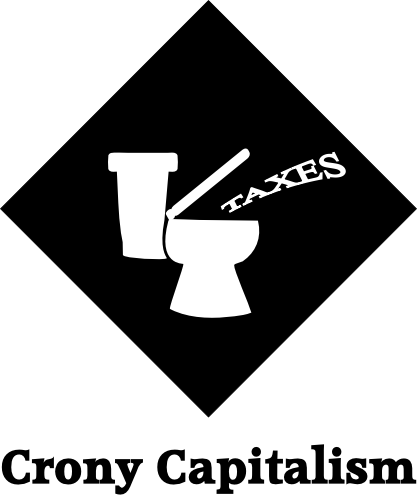 All of the study of what happened, the consequence, and the long term effect politically, has to date been pretty much reserved to the national contests. Punditry since November 6th has dissected, analyzed, and made best guesses as to why certain election had any particular results.  Something generally not discussed however, has been local initiatives and issues.  At least not the part where there is a conflict in government’s management of our resources.

One of those issues in Northern Michigan was a bond request made by the board of Traverse City Area Public Schools. (TCAPS)

Underneath the perceived troubles in funding public education is an emerging reality.  Because of the nature of taxpayer funding, and the struggle for local school districts to grab their ‘fair share’ of Michigan’s education budget pie, expenses that were once built into operating budgets are now separated from them, and allowed to be levied through millage requests.  These building fund requests allow for purchase of new infrastructure, equipment, and maintenance.

Unfortunately, once the funding had begun in this direction, it quickly became a running operative mechanism that allowed all manner of abuse to begin.  Routine maintenance became the recipient of improvement monies, and improvement requests increased to fund facilities that went beyond necessary functionality.  The latest request including a component that would have built a $26.5 million performing arts facility.  (including all aspects of construction) The proposal for a declining student population at a cost of was easily declined by voters.

The overall trouble with this type of growth in spending and financial stewardship is that it creates room for graft.  When the numbers grow large enough, it becomes harder for regulators and watchdogs to catch the small deviations that usually indicate corruption and political patronage that often flows (sometimes rather innocently) through big budget government institutions.

However, in the case of TCAPS, the sans-surveillance environment typically enjoyed by the sitting board was not to be. They were caught off guard by organized resistance, driven partially by what would be an increase in taxes, but in large part the ‘performing arts center’ component that would have resulted from the bond, if approved.  It was seen as wasteful and extravagant.  The board decision to place it on the ballot, “arrogant”. The bond measure failed by nearly a 60-40 ratio.

Additionally, the board, assuming it would not be challenged on its promotion of the $100 million total request, was likely surprised to find itself being challenged on a mailer that cost taxpayers $20,000. A campaign finance complaint has been filed that alleges the board knowingly stepped over the line and violated a part of Michigan campaign statute. They might be surprised as well that their channel 98 advertising (which repeated the ‘jobs for all’ theme 80-90% of the time) might violate a prohibition on direct solicitation through public access television as well.

One might guess that the spirit of the law always being broken in a way somewhat similar to political franking,  allowed the simple assumption that no one might object. Of course, with ‘franking’, a representative who asked for a vote along with a constituent report, would draw fire immediately.

But the spirit and reality in a community of business and government which contracts with business, can witness far more insidious abuses if certain checks and balances are not in place. In fact, this last year’s pitiable attempt by some, to emulate political successes of tea party uprisings, pointed out at least ONE particular common enemy.

But what ‘occupiers’ don’t (or didn’t) get, is that their complaint of big corporation money is not the problem, but merely a symptom of the problem.  To attack corporate or PAC money is akin to popping a zit that has underlying reasons for its existence.  Corporate influence peddling would not exist, but for its effectiveness.  A ‘skin condition’ at best, corporate support of candidates, issues, or ideological controls could be best limited by first reducing government effect in our lives. Taking away its power over us.  Reducing the need for it, and adhering to contract and the rule of law.

And TCAPS can also affected by such support.

The fact is, that we all have some understanding of whom our friends are.  In all likelihood, those of you reading this have friends who own businesses, and to the extent possible, patronize those businesses.  They in turn do the same for your interests for the same obvious reasons.  While that is a healthy cycle within a small or medium sized community of independent citizens, does it provide the same benefit when the business is in fact a government entity which has the power to levy taxes, and expend those taxes to favored interests?

When the group TCAPS Citizens For Students advocates for the growth of government through increasing taxes  with promises of Jobs, and “something for everyone”, do they cross a moral threshold?  Is it truly for academic superiority, or does it go beyond that  Should there be a concern that the treasurer for the group is a finance director for TCAPS?  While legal, perhaps the ability of an agent of the government to use an outside influencing method to better secure his or her future should be given a closer look.

Especially when such an effort is funded by those who would also benefit, and be seen as favored partners in such an arrangement.

While TCAPS must answer to the bureau of elections by Tuesday November 20, for expending at least $20,000 public money in its own (“support by authorizing”) compelling direct mail literature, the uncomfortably identical messaging served up by the outside group TCAPS Citizens For Students spent an additional $30,000 from DIRECT CASH contributions as reported from it pre-election finance statement.  The money spent by this outside group raised from a number of sources, nearly ALL of whom had potential financial benefit from the passage of the bond.

Administration personnel, school board members, and friends or family of those members contributed in small part, but the most interesting contributions were made by those who could cash in on major contracts as multimillion dollar projects are executed. A partial list below, and a complete campaign statement here.

Try to imagine any of these businesses staying out of bidding process as plans are drawn up.

Can’t do it can you?

This is not to say that any, or all these business entities are immoral or inherently bad, but it reveals one of the fundamental flaws in the way government allocates its (your) resources.  These businesses, and possibly some of the in-house (administrative) contributions were likely strongly solicited or rather simply ‘encouraged’ to pony up for a pro millage stance.  It would certainly be in their “best interests”, right?  Friends take care of friends.  There is undoubtedly at the very least, a mental list by school officials of who has been an open advocate, and who has not.

The contributions made by special interests as documented above become merely an insurance policy guaranteeing they will not be ignored when massive dispensing of the public’s goodwill commences.  Unfortunately, the public’s interest can merely extend to what they can see out in the open, and what then becomes documented in the news.  Correcting the sleepy oversight of governing bodies requires time, interest, and energy; something not easily assumed during the constant battles for survival many of us now face.

An “I see you” moment such as this might help though.