Our state has undergone a great deal of change over the last 175 years, and today can serve well as a history lesson for the country and itself.   Especially given the recent discussion with regard to government owned bridges, light rail, and other stimulus & economic development efforts funded with tax dollars, we should certainly note that some things never change.

The Mackinac center in 1998, published a piece that needs to be read again.

During the 1830s and 1840s, the new state of Michigan became part of a national debate on privatization.

Railroads and steamships were transforming the way Americans did business. Many believed that massive government aid—state or federal—was needed to make the U.S. competitive and efficient. A government subsidized steamship company sent ships every other week from New York City to Liverpool, England. Congress also put the building of lighthouses under the Treasury Department and funded them out of general revenue. The subsidized steamships—and all other ships for that matter—could use the newly built lighthouses and it all seemed to be free of charge.

In this flurry of government activity, Michigan eagerly joined the crowd. “Extortion from the public” was the phrase that Stevens T. Mason, the state’s first governor, used to describe a privately funded railroad. Under Mason’s direction, the state of Michigan sold $5 million in bonds to fund several railroads and canals. When the dust settled, they had lost so much money that the young state almost went bankrupt.

For example, the Michigan Central Railroad, projected to run from Detroit to St. Joseph, was built poorly and with cheap materials. Its trains were overloaded and run twice as fast as recommended. The locomotives, cars, and rails, therefore, were quickly destroyed by the constant bouncing of heavy loads on flimsy track.

The Michigan Southern, which was supposed to go from Monroe to New Buffalo, fared even worse. The bidding and contracting for building the railroad were rigged by political insiders. On one hand, large cost overruns plagued the road; on the other hand, the road was so poorly constructed that it was almost worthless. The road bed was too shaky, the curves too sharp, and the materials too rotten to carry trains or cargo. The Michigan Southern lost money during every year of state operation.

When the government builds a project, the incentives are different from private enterprise. Satisfying political interests is often more important to legislators than building a railroad that is profitable and well constructed. State builders use taxpayers’ money, not their own. If the road fails, it’s the state, not the builders, with empty pockets. The Michigan story is full of accounts of padded vouchers, illegal bidding, cost overruns, and the stealing of materials by contractors and even by the citizens themselves. Since no one actually owned the railroads, no one felt the responsibility to take care of them.

“Extortion from the public” was the phrase that Stevens T. Mason, the state’s first governor, used to describe a privately funded railroad.

Judge Thomas Cooley, Michigan’s most famous 19th century lawyer and a president of the American Bar Association, observed this waste firsthand. He wrote about it later and said, “By common consent it came to be considered that the State in entering upon these works had made a serious mistake.” The people of Michigan, Cooley reported, became convinced “that the management of railroads was in its nature essentially a private business, and ought to be in the hands of individuals.” In 1846, therefore, the state of Michigan abandoned all the canals and sold the Central and Southern, which were only partly completed, to private investors. The new owners had to promise to rebuild most of the lines and complete them to the Chicago area. From this distress sale, the state recovered one-half of its $5 million investment and ended its headaches from being in the railroad business.

Meanwhile, the federal government was learning its lesson, too. The federal steamship subsidy mainly went to Edward Collins, who charged high prices for shipping and lost much of his trade to private shippers, who competed effectively with him even without subsidies. The last straw for Collins was when he crashed half of his fleet—killing hundreds of innocent passengers and destroying millions of taxpayer dollars. After more than a decade of abuse, Congress privatized the steamship business in 1858. “The whole system was wrong,” concluded Senator Robert M. T. Hunter of Virginia. “It ought to have been left, like any other trade, to competition.” 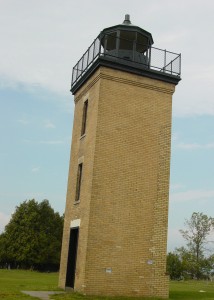 The federally funded lighthouses, which were supposed to guide the steamships, also produced dim results. The Fresnel lens, invented in 1822, put out a powerful light and was a major advance over earlier lenses. All major countries adopted it quickly, except for the United States. In the U.S., Stephen Pleasanton, the General Superintendent of Lights, refused to adopt the new and improved lens because his good friend Winslow Lewis was the supplier of an inferior style of lenses. Hundreds of shippers petitioned Congress to improve safety and adopt the Fresnel lens, but Pleasanton blocked their paths. Meanwhile, ships and lives were lost each year from poorly lighted beacons on the shore. Only when Pleasanton was finally overruled by Congress in 1852 did the U.S. begin installing Fresnel lenses.

If lighthouses had been a private enterprise, the Fresnel lens would have been quickly adopted. Few owners would have risked losing business to innovative competitors.

By the 1850s, the forces of privatization and free enterprise began winning the battle of ideas in the United States. The state-funded railroads, the federally funded steamships, and the federally owned lighthouses sent clear messages that government aid was a hindrance, not a help, to economic development. The privatization of railroads and steamships cut prices and improved safety. In the atmosphere of relative laissez-faire that followed, not only Michigan but the whole United States moved toward becoming that beacon of freedom that shined brightly and attracted immigrants from all over Europe.