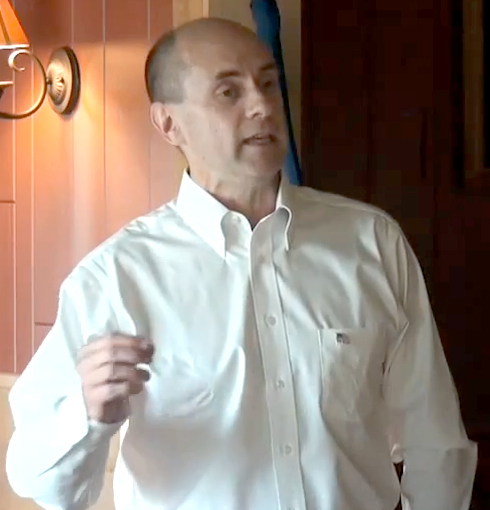 Glenn cited comments Monday in which Hoffa, referring to Tea Party activists, told a Labor Day rally, “Let’s take these son of a bitches out.”

“Given Pete Hoekstra’s opposition to Right to Work and his cozy relationship and past endorsements by Hoffa and other Teamster union bosses, Pete needs to make clear to the public that his deafening silence does not indicate approval of his friend Jimmy Hoffa’s threats,” Glenn said.

“I urge Pete to join me in publicly condemning Hoffa’s violent rhetoric and use his cozy relationship to press Hoffa to retract those threats and expressly disavow actual violence against the patriotic Americans who make up the Tea Party movement,” Glenn said.

“While he’s at it, Pete should disavow his own opposition to freeing American employees from the compulsory ‘pay up or you’re fired’ unionism enforced by Hoffa and other Big Labor bosses, and join the 82 percent of Michigan Republicans who support Right to Work legislation.”

Glenn, a speaker at the first Tea Party rally in Midland in April 2009 and at dozens of Tea Party rallies and meetings since, led the campaign that succeeded in passing a Right to Work law in Idaho in the 1980s and is a founding member of the recently-launched Michigan Freedom to Work coalition, which is pushing the same legislation in Lansing.  http://www.idahostatesman.com/2010/08/04/1290957/glenn-returns-to-celebrate-25.html

Hoekstra opposes Right to Work legislation and has been endorsed and funded by Teamsters union officials in his past campaigns for Congress and, most recently, in his 2010 GOP primary campaign for governor.  http://www.crainsdetroit.com/article/20100716/FREE/100719907/michigan-teamsters-endorse-pete-hoekstra-in-gop-race-for-governor#

According to the Teamsters’ website, Hoekstra in 2006 “lauded the Teamsters…at the union’s 27th International Convention for being the ‘voice of America’s workers’ with the unique ability to get things done.  ‘American workers need a voice for equality and fairness, and that’s you,’ Hoekstra told the more than 7,000 convention delegates.  Hoffa called Hoekstra in return “a true friend of the Teamsters.” http://teamster.info/content/hoekstra-says-teamsters-are-voice-america39s-workers

Hoffa told ABC News in 2000: “Because of our contact with Hoekstra, he has now taken himself out of any endorsement of national Right to Work laws. So this type of dialogue is paying benefits with the Republicans.” http://abcnews.go.com/Politics/story?id=121904&page=2

In 2007, Hoekstra joined Sen. Debbie Stabenow and then Sen. Barack Obama in cosponsoring legislation that by federal mandate would have forced every state, county, city, township, and village in America of at least 5,000 in population to unionize its firefighters, police officers, and paramedics. HR 980: http://thomas.loc.gov/cgi-bin/bdquery/z?d110:HR00980:@@@P

Opposed by the National Right to Work Committee as well as by the National Association of Counties and the National League of Cities, the legislation would have funneled hundreds of millions of more compulsory dues dollars into the coffers of the Teamsters, Service Employees International Union (SEIU), American Federation of State, County, and Municipal Employees (AFSCME), and other unions that represent government employees.  In 28 states without Right to Work protections, including Michigan, union membership and/or financial support is compulsory as a condition of employment. http://en.wikipedia.org/wiki/Public_Safety_Employer-Employee_Cooperation_Act_of_2007#Opposition

In 2009, Hoekstra said on public television’s Off the Record with Tim Skubick: “I think it would be a bad idea to put (Right to Work) on the ballot. I don’t know if it would pass or not. I’d probably not vote for it.” http://wkar.org/offtherecord/program.php?num=3841

During the 2010 race for governor, the Center for Michigan reported that Hoekstra was the only Republican candidate who — in response to the candidate survey question, “Should Michigan become a Right-to-Work state?” — joined Democrats Virg Bernero and Andy Dillon in answering “no.” http://www.thecenterformichigan.net/reforms-at-a-glance/

Dome magazine in Lansing reported of Hoekstra: “The Hollander refused to sign a no-tax pledge and declared he wouldn’t vote for a ballot initiative on Right to Work, seen as the holy grail by business groups, a powerful Republican constituency.” http://domemagazine.com/features/f11109