What we have here, is a couple of great young patriots.

The three between myself and their mom are merely three of thirteen siblings.  Given the good sense I have seen through Anna’s writing and opinion, added to their willingness to make a showing into ‘hostile territory’ (500 union supporters to our maybe 20) I would say we have a chance to survive in this country folks. 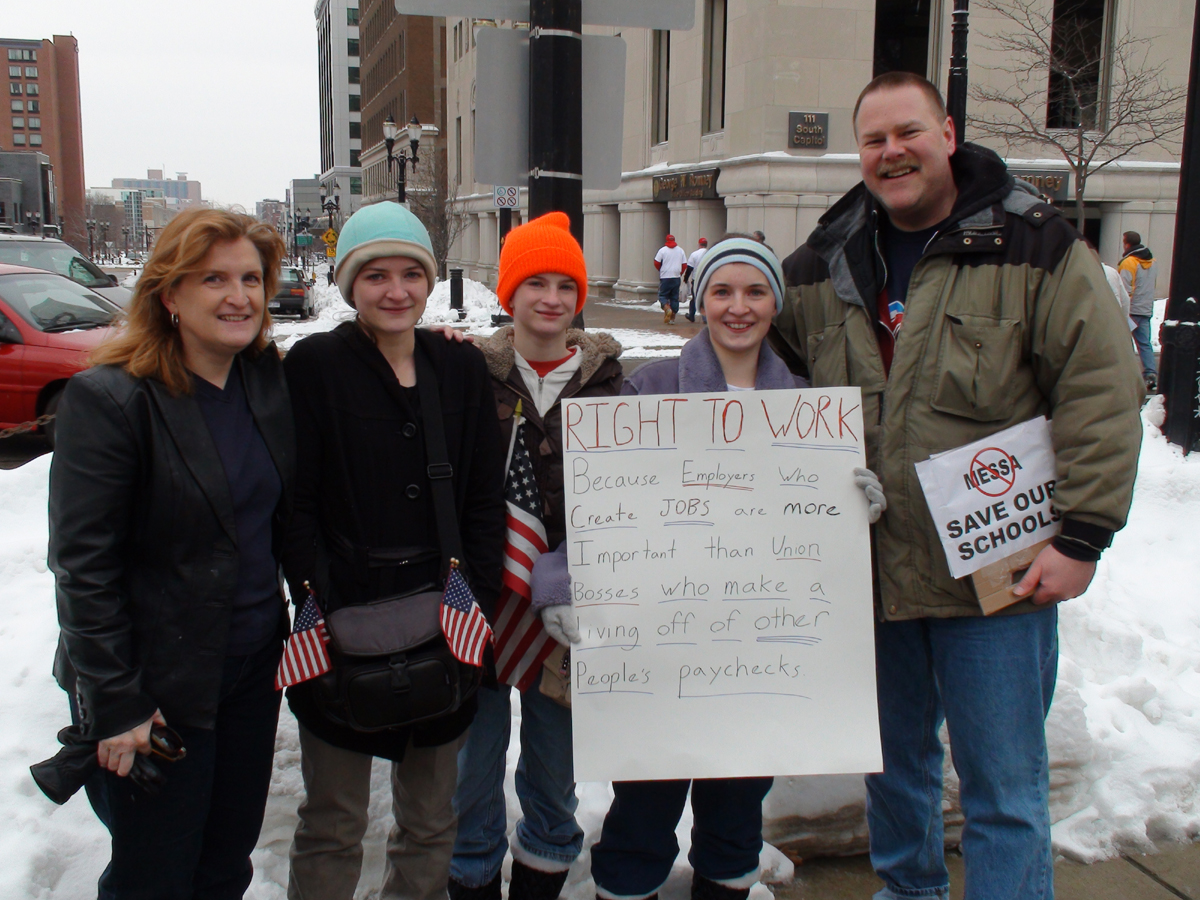 The temperature was right around freezing but the wind was slight, so it was a pretty good day to be outside  holding signs for “right to work” legislation, and the end of the parts of union structure that threatens our ongoing financial state.

the “No MESSA” sign I was carrying drew intense attention from some folks who tried to argue for the benefits of MESSA.  The inability  for them to come up with a good reason to keep it resulted in their default shouting out condemnations of the Koch Brothers.

As if that explains why the thousands per teacher MESSA added costs are legit.

ONE teacher attempted to explain that the added costs of MESSA was not borne by the tax payers. He tried to say that the teachers bore the cost, and went ape when I asked who pays the teachers’ salary and benefits.

I’ll try to have more, and some video of my TV interview available  later tonight or tomorrow.